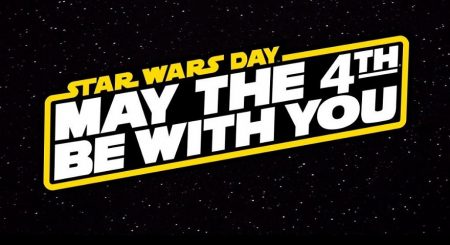 This headline is a bit of a misnomer; while I love Star Wars, I wouldn’t necessarily place all of the movies on a top 10 list. But I like the top 10 format, and I’m going to use it to rank the Star Wars movies on today, May the 4th. I’m going to include The Mandalorian as an eligible “movie” even though it’s a TV series (just as I would include the Clone Wars series if I had watched it–I need to give it a try).

Spoilers are fair game below!

Viewed but not on the list: Solo, Attack of the Clones (episode II)

10. Revenge of the Sith (episode III): When I originally watched this, I was in awe of the spectacle and thought it was the best of episodes I-III. But looking back, it’s pretty forgettable. It was pretty cool to see Yoda fight, though.

9. The Last Jedi (episode VIII): This is has the highest “swinginess” factor of any movie, as it jumps from amazing moments to scenes straight out of low-budget sci-fi TV series. If I could count the 90-minute “Jamey cut” of the movie instead of the full version, this would be in the top 4.

8. The Phantom Menace (episode I): As I made this list, I was surprised by how much I look back on this movie with fondness. Yes, there are plenty of cringeworthy moments and characters. But there’s also podracing, giant sea aliens eating each other, and Darth Maul. It’s big and memorable despite it’s flaws.

7. Return of the Jedi (episode VI): It was awesome to see a fully advanced Luke Skywalker, an empowered and beautiful Leia, and lots of action in the new environment of Endor. I can’t say that this is on my list to watch again, but I had fun every time I watched it.

6. The Rise of Skywalker (episode IX): This was one of the most difficult movies to place on the list, and I’m curious if future viewings (perhaps one in the very near future) will impact its position. I do know that I still LOVE that the Force was finally used to heal instead of destroy–that alone elevated this movie several notches higher.

5. A New Hope (IV): Even though the pace of this movie seems slow in comparison to the modern films, it still transports me to a galaxy far, far away in a way that few movies ever have. I think it does a better job than any other movie at making me wonder at the amazing nature of the Force.

4. The Mandalorian: Aside from one episode and the slightly episodic nature of this show, I really loved it. The director did a great job at making it feel old and new at the same time, as well as generating a deep investment in the characters. Plus, Baby Yoda is a brilliant inclusion.

3. Rogue One: A Star Wars movie when anyone could die in the end? The stakes have never been higher. I loved the intensity of this movie. It’s focused yet epic, it’s funny yet serious, and it includes one of the best scenes in any Star Wars film (the Vader scene).

2. The Empire Strikes Back (episode V): I would say that this has the best script of all Star Wars movies. There are so many great lines, memorable moments, and even a huge twist. On any given day, this has the potential to be my favorite Star Wars movie…just not today.

1. The Force Awakens (episode VII): I truly was torn between this and The Empire Strikes Back, but when it comes down to it, I think I’m slightly more inclined to want to rewatch this movie–that was the deciding factor. I saw it twice in the theaters (something I very rarely do), simply because I wanted to experience the thrill again. It tapped into my nostalgia for the original trilogy while elevating the pace, entertainment factor, and wonderment. I adore The Force Awakens.

How would you rank the Star Wars films? May the 4th be with you!

This entry was posted on Monday, May 4th, 2020 at 5:38 pm and is filed under movies and tagged with movies. You can follow any responses to this entry through the RSS 2.0 feed.