Eurovision Song Contest: One of the Most Fun Movies I’ve Watched in 2020 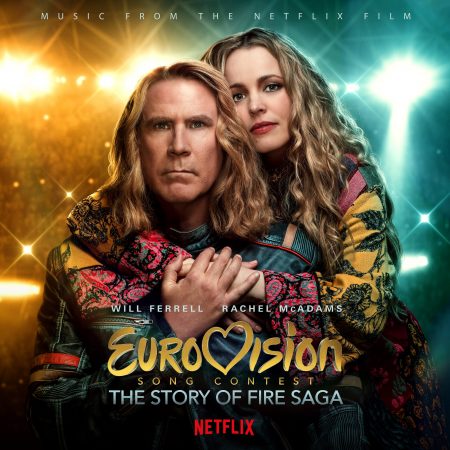 A few years ago, a German friend showed up at game night with an open invitation for everyone to attend the finale of the Eurovision song contest. The collective response was: What’s Eurovision?

I must admit that I still haven’t actually watched the Eurovision contest itself, but my understanding is that it’s kind of like the World Cup for singers (and only in Europe, so more like the UEFA Euro Cup). Each country selects a performer or group of performers to compete in the tournament, and eventually a winner is crowned.

Needless to say, the contest isn’t on my radar, but the recently announced Eurovision comedy on Netflix looked like silly fun, especially with Will Ferrell and Rachel McAdams as the stars. I had low expectations as we settled down to watch it this weekend.

Much to my surprise, I had a LOT of fun with it. It’s funny, the songs are catchy (and there aren’t too many of them), and it’s both welcoming to people like me who don’t know Eurovision and engaging to those who do know it (at least, I think it is–there’s one scene in particular that features a bunch of people I’ve never seen, and I’m guessing they’re actual Eurovision performers).

Most importantly, though, while the plot is familiar, it also stands out from similar movies almost every step of the way. There were several times where I turned to Megan and asked an obvious question–a question that most other movies would introduce but not answer–only to immediately have a character in the movie ask the exact question and answer it in either a satisfying or funny way.

Many of the best twists on the genre follow the “villain”–I don’t want to spoil anything, but I absolutely loved how the writers handled this character.

If you’re looking for a fun movie with heart that stands out from the crowd, I highly recommend Eurovision Song Contest: The Story of Fire Saga. I’d love to hear your thoughts in the comments if you check it out!

This entry was posted on Monday, June 29th, 2020 at 5:42 pm and is filed under movies and tagged with movies. You can follow any responses to this entry through the RSS 2.0 feed.

3 Responses to “Eurovision Song Contest: One of the Most Fun Movies I’ve Watched in 2020”