Do You Prefer Dubbing or Subtitles for Foreign Films/Shows? 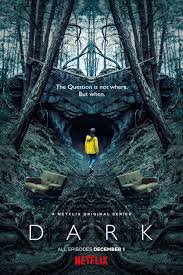 It looks like we’re going with a poll theme this week! Yesterday we debated the species identification of Sebastian from The Little Mermaid (the people have spoken, and he’s a crab!), and today I have a question about how you prefer to watch foreign films and TV shows.

Earlier this year, we watched the first two seasons of the German show, Dark, on Netflix, and we really enjoyed it. Megan really didn’t like the dubbing, though; while it didn’t bother me, I have to agree that some of the voices weren’t a great match for the characters.

So we watched the final season with subtitles instead, and the real actors’ voices worked much better. However, something unexpected happened: As much as we enjoyed the show, reading the subtitles made us really sleepy. If we watched more than one episode at a time, we inevitably fell asleep during the second episode. This happened multiple times.

I’ve heard people have strong opinions about dubbing vs subtitles, particularly with anime. I’m pretty much fine either way, and I think I may lean towards voiceovers because I don’t always need to look at the screen to understand what’s being said. Also, the subtitles sometimes show the sound effects and music cues, which I understand is important for some, but I don’t need to read those parts.

What do you think? What’s your preference?

This entry was posted on Tuesday, July 28th, 2020 at 4:50 pm and is filed under movies, television. You can follow any responses to this entry through the RSS 2.0 feed.

6 Responses to “Do You Prefer Dubbing or Subtitles for Foreign Films/Shows?”