Have You Ever Tried a Mud Mask? 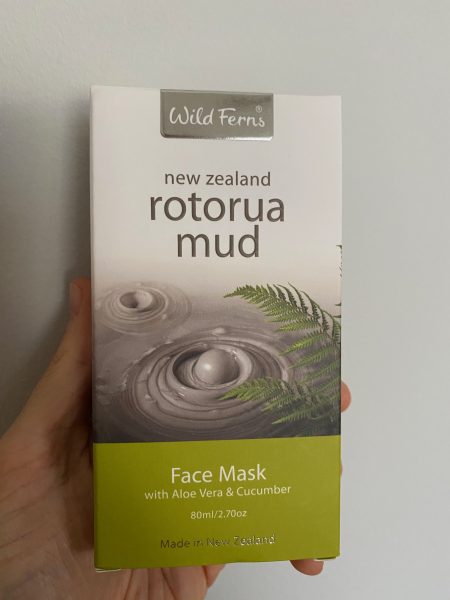 Last year when Megan and I visited New Zealand, we stopped in an area called Rotorua that is famous for its mud pools and geysers. While perusing the gift shop, we noticed a mud mask face peel ointment that used the local mud to replenish and refresh skin, so we bought a small bottle to try at home.

Flash forward to last weekend when we finally decided to use the mud. Based on what I had seen in New Zealand and the picture on the box, I expected the mask to look and feel like mud. However, there were definitely quite a few other components to it, and it felt more like goopy toothpaste. Also, it didn’t look like mud on our faces, as the thin layer dried clear within a few seconds.

The most fun part was 10 minutes later when we got to peel off our masks. I had planned a shower afterwards, as I didn’t think it would come off easily, but it peeled right off like a snake molting. It was oddly satisfying. There was a little residue remaining, so the shower was still a good idea.

I’m not sure if it had a positive impact on my skin, but it didn’t seem to hurt, and psychologically it feels like the mud made a difference. After all, it’s natural! So I’m looking forward to trying again (there’s still plenty left in the tube).

Have you ever tried a mud mask or a face mask? How were the results?

This entry was posted on Monday, July 20th, 2020 at 6:14 pm and is filed under Uncategorized. You can follow any responses to this entry through the RSS 2.0 feed.