Have You Read the New Hunger Games Book? (My Thoughts) 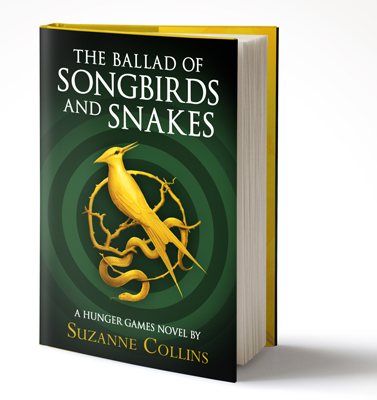 I have a confession: When I heard there was a new Hunger Games books in the works, I was intrigued at best, but not excited. Part of it was timing–I’m trying to read through the Wheel of Time series this year. The bigger part, though, was that I liked each of the original books less than the previous book, especially as the protagonist became increasingly passive (things happened to Katniss instead of Katniss actively doing things).

However, after I finished the third Wheel of Time book, I happened to notice that the reviews of The Ballad of Songbirds and Snakes were very, very good. So I thought I’d take a break from Robert Jordan and give Suzanne Collins another try.

I’m glad I did, because I am REALLY enjoying this book.

I’m not going to discuss any plot points below, but if you’re at all intrigued by a new Hunger Games book, I’d highly recommend it, and there’s no need to read further. Also, I should mention that I haven’t quite finished the book yet–my thoughts are independent on what happens at the end, as I don’t know what that is.

The Ballad is a prequel to the Hunger Games trilogy–it’s set right before the 10th Hunger Games. I knew this going into the book, and I wasn’t sure what it would do differently than the previous books: We have the evil Capitol, the 12 districts, and the Games themselves, right?

But hears where I think Collins took a bold step that really opens up the way readers view the world. Well before Katniss was ever born, the Capitol wasn’t the opulent, futuristic city we read about in original trilogy. It’s in tatters following the war. They’re in better shape than most of the districts, but people hungry there too, including the main character.

Even though the 10th Hunger Games is approaching, no one really cares about it. A handful of starving tributes are thrown into what appears to be an old football stadium, and they fight for a day or so until only one remains. The Games aren’t well funded, and they’re still being designed–it’s like they’re playtesting a new game at the expense of some unfortunate children.

There’s so much more that happens in this setting, but I wanted to mention those two aspects because they’re such a stark contrast to the original trilogy. There’s so much more to discover in this world. It’s rare that I get excited about a prequel, but the Ballad shows how a prequel can be done well.

I’m excited to finish the book this week, and I’d love to hear your spoiler-free thoughts in the comments below.

This entry was posted on Wednesday, July 1st, 2020 at 5:32 pm and is filed under books and tagged with books. You can follow any responses to this entry through the RSS 2.0 feed.

5 Responses to “Have You Read the New Hunger Games Book? (My Thoughts)”