The Rules of Calling Shotgun 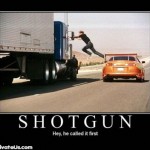 The whole concept of calling shotgun is ridiculous. If I ruled the world, I’d simply abolish it. Do people really care that much about getting the front seat? I mean, in the back seat you can just sit back there and relax and not have to do anything. Calling shotgun is just one of those […]

The “Go Back to School” Girl

I’ve seen this girl on enough occasions that it’s time I talk about her. No, it’s not a girl I’m dating. It’s the “Go Back to School Girl”: You may recognize her from any number of websites with sponsored links. I see her the most on my morning NY Times e-mail. There, among a dozen […] 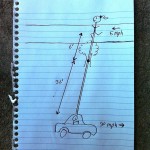 An alert reader sent me the following question today, along with the awesome accompanying drawing below: “There’s got to be some term for the phenomenon when you see someone running with the pony tail, tight shorts, sports bra, and so on, and there is a tree in-between the trail and the road that is in just the wrong place […]

The Ease of Modern Chivalry

Men probably don’t think about this all that often, but we really have it easy in 2010 thanks to the diminishing standards of chivalry. For this I want to express my sincere gratitude to modern women. 60 years ago, a man walking down the street with a woman might have encountered a puddle on the […]

A few weeks ago, I had a brilliant/ridiculous idea for getting the attention of women. In the movies (and presumably in real life), guys send drinks over to women at restaurants and bars. The waiter shows up at the ladies’ table, puts down the drinks, and points across the room at the guys. If the […]

Who Is the Ultimate Man? 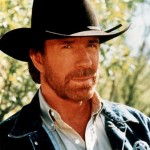 Over the years, there have been dozens of men who were the ultimate men of their time. Guys like Clint Eastwood, Burt Reynolds, and Bruce Campbell. But lately, thanks to a squadron of loyal fans and some very effective marketing campaigns, there are a few men that have become the very personification of the ultimate […]

“We were out at the Olive Garden for dinner, which was lovely. And uh, I happen to look over at a certain point during the meal and see a waitress taking an order, and I found myself wondering what color her underpants might be. Her panties. Uh, odds are they are probably basic white, cotton, […]

How to Host a Poker Night 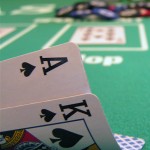 On December 1, 2004, I hosted a poker game at my apartment. 192 games later, the game is still going strong. Over 65 fifferent people have played in the game–mostly regulars, with a handful of one- or two-timers. The interesting thing to me is how many people express interest in playing. I don’t advertise the […]

The Nature of Male Toplessness 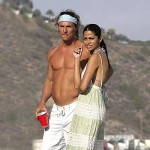 The other day, a female friend of mine asked me, “Why do guys find any excuse not to wear a shirt?” My initial response was, “Well…why would we wear shirts if we didn’t have to?” She replied, “That doesn’t answer my question.” She’s right. There are so many things that guys do without shirts when […]

Is She Old Enough? 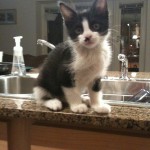 Sometimes I get deja vu when I start to write a blog entry. This is one such occurrence. If I’ve written this exact same entry in the past, I apologize. (Does that ever happen to you?) The other day I was in the Shangri-La of grocery stores, the Clayton Schnuck’s. It is a utopia of […]

The Rules of Morning Breath 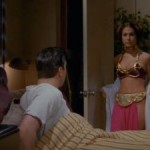 Morning breath is a fact of life. It’s inevitable, and it’s never good. Show me a person with good morning breath, and I’ll show you a well-written episode of Grey’s Anatomy. So the question here is: What are the rules for dealing with morning breath when you wake up next to someone? The key, in […]

Tonight I was at a work-related party. Beer in hand, I was talking with a volunteer I hadn’t met before. I knew she had kids and that she had recently moved back from Seattle with her husband. I should add that she’s a very attractive woman. While we were chatting–I can’t remember how this came […]

Thanks to my best friend Trev, I had great seats to the St. Louis Cardinals game tonight. We were 12 rows back from Pujols, right behind the first-base dugout. If you’ve ever been to a Cardinals game, you know who the Cardinals Girls are. Every few innings, they prance out onto the dugout to get […] 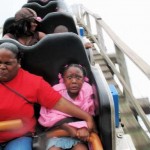 Over the last six months, I’ve done some typical single guy things like going to bars and Vegas. Not a lot, but a few times. In doing so, I’ve learned something about myself: I freeze up at bars. I should say that my ideal bar experience is one where I go with a group of […]

Vegas #2: How to Assimilate in Vegas 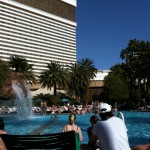 I did not assimilate in Vegas. I didn’t party, I didn’t gamble, I didn’t do anything crazy. The wildest thing I did was drink a mimosa at 10:00 am in the morning (to be fair, that wasn’t my last pre-noon mimosa of the day). I did, however, enjoy the people watching. Here are a few […]

How to Play Fantasy Baseball Without Losing Your Girlfriend

A year ago I posted a version of this entry. At the time, I had a girlfriend; now it’s just me and my cat. Did I lose the girlfriend because of the way I played fantasy baseball? No–it was an offseason move. But this advice has withstood the test of time, and I think all […]

The Men Who Stare at Women

Two months ago, I wrote a blog about the typical guy response when we hear that women are having a sleepover (Pillow Fights in Your Underwear). I attempted to address why we ask such a silly question and the best ways that women can respond to it. Another matter has arisen (both on Twitter and […]

Is It Okay to Ask for Her Total? 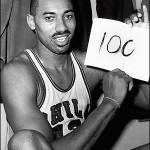 Have you ever asked a date how many people they’ve slept with? As a rule, I don’t ask this question. I don’t think it’s fair to put someone on the spot in that way. I love talking about past relationships, and through that, over time, I gain a rough idea of the total partners she’s […] 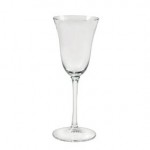 Last night I settled down at the computer to buy a wedding present for a good friend. He and his fiance are registered at Crate and Barrel, Macy’s, and Bed, Bath, and Beyond. Fifteen minutes into this search, I was simply overwhelmed (it’s a good thing Twitter was there to hear me rant). It had […]

22 Topics to Allegedly Avoid on a First Date 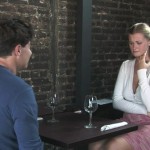 There are a number of topics that are considered “taboo” to bring up on a first date. So, when should you bring up these topics? They’re great conversation fodder. And when they eventually come up, what do the answers mean? Are there any of these that are dealbreakers for you if your date’s answer isn’t […]

How to Be a Male Third Wheel 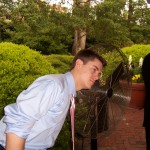 Fellow blogger Penelope is launching her newly designed blog, PenelopeLife.com, with a complementary blog entry about how to be a female third wheel. Both of us have experienced what it’s like to be a third wheel in our days as single people, so we thought it might be helpful to you other third wheels out […]

Please post a comment with your favorite cologne. Help us men know how you want us to smell. You can also check out my post on how I want you women to smell.

What Men Want…Rather, What I Want

Update (12/15): Lauren over at My Life, Incomplete, has posted her response to this entry for our Mars vs. Venus series. It’s good… I stumbled across a survey online today about what men want in a women. Obviously I don’t represent all men–these are just my answers. I figured since I’ve been writing a lot […]

10 Ways to Have the Best Halloween Ever

Earmuffs, ladies. It’s time for guy talk. Here are 8 simple ways to have the best Halloween ever. Don’t host a Halloween party. Everybody hosts parties on Halloween. All you’re doing by hosting a party is adding one more obligation to your friends’ busy schedules. Don’t go trick-or-treating. Seriously. You’re an adult. Just go buy […]