So that’s it, folks. The end of the fourth season of Lost. Two more to go. Seven long months to wait. This wasn’t the mind-bender of an episode that was last season’s finale, but it sure was entertaining. The fight between Kemmee and Sayid was one of the best one-on-one action sequences I’ve seen in […]

“Destiny is a fickle bitch.” –Ben Linus, Lost The title of this entry refers to a male contestant (Erik) in the final five on Survivor who decided, thanks to some supreme manipulation and tomfoolery by the four female contestants, to give his immunity idol to another contestant to prove his loyalty. As planned, the four […]

Lost ended the half-season on a strong note tonight with an episode primarily focused on Michael’s backstory. Good stuff. Intriguing questions about how the island can prevent a person off the island from killing themselves. High level of emotion from Michael himself. Interesting ending, with the viewers wondering if Ben set up his family in […] 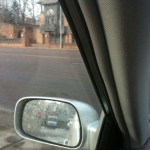 (Warning: As usual on Thursdays, if you haven’t watched Lost, don’t read this.) Okay, so we’ve had five episodes of Lost this season. Two have been mediocre, if not boring, and three have been mind-blowing (literally, tonight, as was Minkowski’s fate). 3 for 5 ain’t bad. Lost is batting .600 for the season. Almost purely […]

(Warning: If you have not watched the February 21 episode of Lost, stop reading now.) Hm. I’m not sure I’m totally satisfied with tonight’s episode…it wasn’t as strong as the last two, but it was definitely a necessary evil. We needed to know why Kate wasn’t a fugitive after she got off the island. As […]

A Few Things Every TV Character Should Know

(Warning: If you have not watched the February 14 episode of Lost, do not read this entry. Ever. Unless you don’t care about Lost.)Last week’s incredible episode of Lost was followed up by another great episode. I hope you all are starting to see that the island moves through time at the very least, and […]

Warning: Do not read the following if you have not seen the February 7 episode of Lost. Before tonight, my favorite episode of Lost was the first Sawyer episode. Since then, there have been many wonderful episodes, particular the season premieres and finales, but none connected with me like that Sawyer episode. None were that […]

Note: If you have not seen Thursday night’s Season Four Lost premiere, do not read on. I’m one of the people who trust the Lost producers. I trust that they know all of the mysteries of the island. I trust that each of the characters is purposefully and intentionally created. I trust that everything will […]