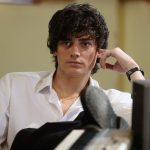 My novel, which is currently in the second round of beta reading, is titled WRINKLE. That’s right–when you refer to your own novel, it’s standard to use all caps. It’s like I’m shouting the title at you every time. A conundrum I always face when writing fiction is what to name my protagonist. I don’t […]

Tolkien Was Born in Middle Earth and Other Misconceptions 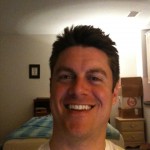 In 3 days, I will start to receive beta reader feedback about my YA dystopian novel, Wrinkle (although one beta reader got back to me a week ago, which was unexpected and fantastic). I’m thrilled but scared, curious but anxious. It is quite possible these readers will tell me that my novel sucks. And that’s […]

The Artist’s Way? No Way.

Perhaps you, like me, have once had someone–perhaps an overbearing aunt or a coworker who bikes to work–insist that you read The Artist’s Way. Multiple people (including someone on Facebook recently, hence this post) have suggested that I read this book, saying things like “It’ll free your creativity” and “You’re creative–you’ll like this book.” I […] 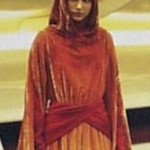 Back in March, I set out on a mission: For the first time in my life, I wanted to write a novel from beginning to end. I had started two novels before that, approaching them as daunting, monstrous works that could only be completed if I took lengthy sabbaticals in a log cabin in the mountains where […]

Why Would You Possibly Want to Take Over the World? 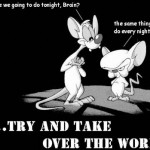 I’ve really been enjoying the HBO show Game of Thrones lately. It’s all swords and sorcery, political posturing and trickery, and an abundance of nudity. That pretty much covers everything I love. However, there’s one key component of the show that I don’t quite understand: Almost every character is trying to be king of the […]

Are Books Better Than Movies? 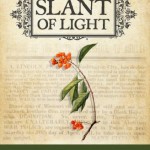 With my publishing company’s latest book coming out next week, I’m supposed to be excited about books. And I am excited about that book. It’s beautifully written, endlessly entertaining, and it will move you in a way that few books can. If you’re in St. Louis and want to attend the debut book signing next […]

Will the Future Be a Dystopia? 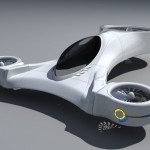 Hunger Games fever (not an actual ailment) continues to sweep the nation. If you’re a reader of fiction, you probably know that the demand for not just The Hunger Games, but also all young adult dystopian fiction, has been quite high the past few years (see Matched and Divergent, among many, many others). In fact, I […] 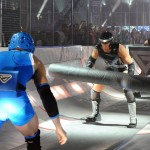 Living Forever for One Year 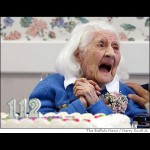 I’m thinking about writing a book that will require me to live forever…for a year. A few years ago there were a rash of books about people who tried to do something to the extreme for one year. I found the concept fascinating, and I read a few of them, most notably The Year of Living […]

Every year, we turn the clocks back one hour in the fall. If you’re in the midwest, you experience 1:00-1:59 twice, and then you carry on as if nothing happened. But what if something different happened during that hour? What if that hour was a freebie, a blip in time, an hour that happens but […]

3 Must-See Websites for Readers and Writers 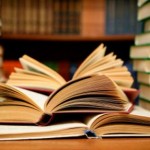 Amazon Kindle Daily Deals: For quite some time, I’ve wondered why there’s no daily deals site specifically for books. With eBooks, it would be so incredibly easy to discount a book for a day and even cap it at a certain number of buyers if you won’t. However, I’m glad I didn’t pursue the idea […] 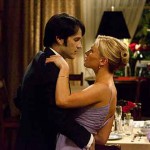 I have recently been smitten with an HBO show called True Blood. It’s gritty, sexy, Southern, entertaining, and actually asks some really interesting questions about how supernatural creatures would interact with the real world if they were “outed.” I’ve also discovered (this was a while ago), that like The Notebook, True Blood is an excellent […]

4 Reasons Why You Should Support This Kickstarter Campaign

A month ago, my little publishing startup, Blank Slate Press, launched a Kickstarter campaign to support our 2012 author selection. Since then, we’ve decided to add one specific author to our docket (we sent him the contract today), and perhaps one other author later in the year (she’s doing a significant rewrite on her novel […]

For a while now, I’ve been compiling notes on what makes a great blog. That doesn’t mean that my blog is great–far from it. But I write a lot and I read a lot. I’m constantly observing what makes great blogs work well. So if you’re interested in blogging or you already blog, check out […] 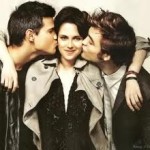 I’m getting a little tired of love triangles in fiction. I don’t mean to offend anyone. I probably have dozens of love triangles in my own stories and I don’t even realize it. My concern is that they seem to be everywhere now, not because they’re realistic or even make for good fiction, but simply […]

Are You Too Old to Buy Books? 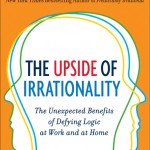 I was really excited to attend Dan Ariely’s talk at the St. Louis County Library Headquarters tonight for several reasons: I rarely attend talks or lectures of any kind, much less on my own. I think Ariely is brilliant, as exemplified by the increase in the number of blog entries here about behavioral economics. Ariely […]

The Necessity of the Bad First Novel 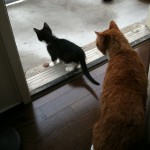 In helping to critique friends’ writing and working on Blank Slate Press submissions recently, I’ve read a lot of quality work. One thing is evident: This isn’t the first time around the block for these writers. They’ve been honing their craft for years. Many of them, I’m guessing, have a really bad novel sitting in […] 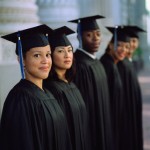 I work at a university church, so every year we say goodbye to a new batch of graduates. We had a sendoff Mass/lunch for them today, and usually the staff imparts some wisdom upon the graduates. Apparently that wasn’t in the schedule this year, but the advice I was going to give was: Your first […] 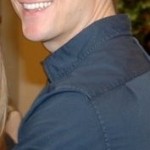 A kind reader did my work for me by e-mailing me this hilarious letter. Dear Jamey, So I’ve got this beef with the English language.  Often when writing by hand (and sometimes when typing) I tend to combine the words “with” and “the” when they are written back-to-back into a new word “withe” and I […] 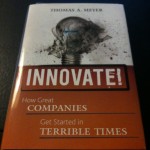 I got something in the mail on Monday that made me smile. Big time. This is my first published book. Wait, you say? My name isn’t on the cover? Indeed it isn’t. I came on too late in the process to have that honor bestowed upon me. But I assure you that I wrote half […]

Confession #12: My Time Is My Heaven 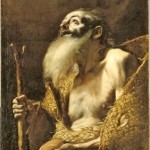 I had a unique weekend. I got home from work (followed by a trip to the grocery store) around 7:00 on Friday. I didn’t leave my condo for the next 44 hours. It was lovely. No, I’m not turning into a hermit. I just have some busy weekends coming up, so I committed to a […]

The Rom Com of Your Life 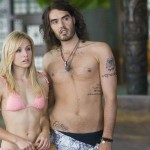 I asked people on Twitter the other day what their favorite romantic comedies were. I got some great answers, most of which I had seen, but there were a few diamonds in the rough that I’ll have to watch before April (in April I’ll embark on Script Frenzy). Many of you gave me great feedback […] 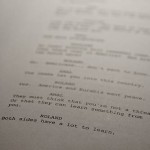 Every November, there’s an online event called National Novel Writing Month (NaNoWriMo). Hundreds of thousands of people commit to writing a novel in a single month, starting with 0 words and ending with at least 50,000 by November 30. You don’t “win” anything, per se–just the joy that you completed a novel. It’s basically a […]

How I Started a Publishing Company Today 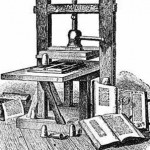 Last summer, I decided to start taking my writing more seriously. I didn’t want to go back to school, but I knew that I needed to start getting high-quality feedback on my work (and learn from the experience of giving feedback of my own). Plus I wanted the experience for my startup, TypeTribe. Thus I […]