When Did You Find Your Inner Geek? 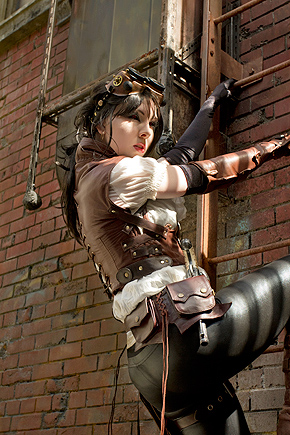 I recently ran into a volunteer who helped out at my previous job (a non-profit). He’s an older guy, probably in his 60s. He and his wife are two of the nicest people I’ve ever met.

We exchanged pleasantries about what we’ve been up to–we probably hadn’t seen each other for 2 years. I asked about his wife and the bike trips they used to take across Europe, and I talked a little about my board game company.

Before we moved on, he smiled shyly and said, “I, well, I’ve discovered steampunk. I make my own stuff.”

He went on to tell me about all the gear he was working on and that he had attended a few conventions. I don’t think I’ve ever seen him that happy (and he’s a pretty happy guy). It was awesome.

In particular, I was really happy that at 60 years old, he had found his inner geek. I’m grateful that his fellow steampunk cosplayers welcomed him into their community. Geeks love to commiserate with other geeks, no matter the age.

I was young (7 or 8) when I discovered my love of fantasy and sci-fi books and movies, as well as my love for board games. Though, as others might relate to, the geekdom of my youth faded away over time. I read literary fiction instead of speculative fiction. I played intramural football instead of board games.

But then one day in my early 20s, an acquaintance/friend asked me if I wanted to play Settlers of Catan with his group. I accepted the invitation, and after playing for just a few minutes, I realized that I had neglected my inner geek for far too long. I was lucky that someone gave me the opportunity to find it again.

How and when did you find your inner geek? Or are you still looking?

This entry was posted on Thursday, November 10th, 2016 at 9:21 pm and is filed under Uncategorized. You can follow any responses to this entry through the RSS 2.0 feed.

3 Responses to “When Did You Find Your Inner Geek?”