Is Learning New Games Good for Your Brain? 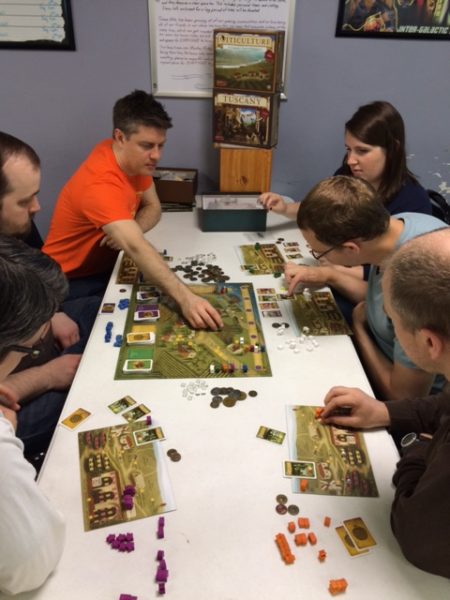 I learn and teach a lot of board games. It recently occurred to me that learning a new game engages my brain in a way that hasn’t happened since I was in school. And not just learning the game, but remembering all of the rules. A gamer’s brain is a veritable library of game rules.

Is learning new games good for your brain…or does it just take up space that would otherwise be occupied by something more important?

It’s Good for Your Brain

Learning a new game must be good for your brain, right? It doesn’t matter that what you’re learning is an artificial construct (opposed to, say, learning a new language or studying history). You’re activating neurons that would otherwise lie dormant, which is important for preventing Alzheimer’s.

Also, as @eCreasman mentioned on Twitter, games are great at engaging the problem-solving parts of your brain. This is more about playing a game than learning it, but it’s worth mentioning, as I think the act of playing games is educational.

Sure, you’re keeping your brain active, and you like playing games–that’s great. But it’s like if you spent hours and hours learning a made-up language–you’re brain is working, but you’re expending energy and memory on a false construct. Again, it’s a fun false construct, so there’s nothing wrong with it, and I will happily continue to do something. But I shouldn’t jade myself into thinking that my brain is any better off after learning a game.

What do you think? I lean towards the former (it’s good for your brain). If it were truly black and white–that is, if I spent the same time learning new languages and studying history or programming languages instead of learning games–maybe I could argue that using my brain for memorizing a rulebook isn’t as effective as more concrete educational pursuits. But that’s not how I would spend my time. I’d probably be napping instead.

So I say it’s good for my brain! Do you agree?

This entry was posted on Wednesday, January 25th, 2017 at 10:55 pm and is filed under question of the day and tagged with debate. You can follow any responses to this entry through the RSS 2.0 feed.

7 Responses to “Is Learning New Games Good for Your Brain?”