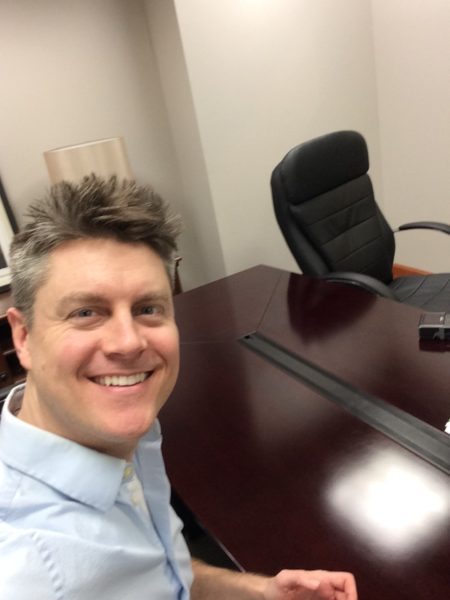 I imagine a long time ago, a few cavemen were sitting around discussing their short lives when one of them (we’ll call him Pete) said, “You know, after I die, I want my favorite club to go to Ogg.”

Deeply moved, Ogg thanked his friend. “But if you’re dead, how will anyone know that you said this?”

Pete grabbed a piece of slate and carved a notch in the wall. “My mark will prove it.”

“But,” Ogg said, “why would anyone believe me? Anyone could have made that mark.”

Pete pointed at Saboo, who was sitting near the fire. “Saboo is witness!”

Today I participated in this ancient ritual that feels both outdated and possibly more relevant than ever before. I sat down with my estate-planning attorney to sign my will, trust, and other related documents, and we were joined both by a witness and a notary public.

We literally just sat around a table signing papers one after the other. It was a ritual of sorts, each person vouching for the presence and sentience of the others. In a time when I sign most documents digitally, it was oddly reassuring that real people were there with me to experience it.

Oh, and just in case you’re worried, I’m not dying–at least, no more than anyone else. I’m just planning ahead.

What do you think about witnessed signings and notary publics? Archaic tradition or important standby?

This entry was posted on Tuesday, January 24th, 2017 at 10:37 pm and is filed under personal and tagged with personal. You can follow any responses to this entry through the RSS 2.0 feed.