Have You Ever Been Rock Climbing? 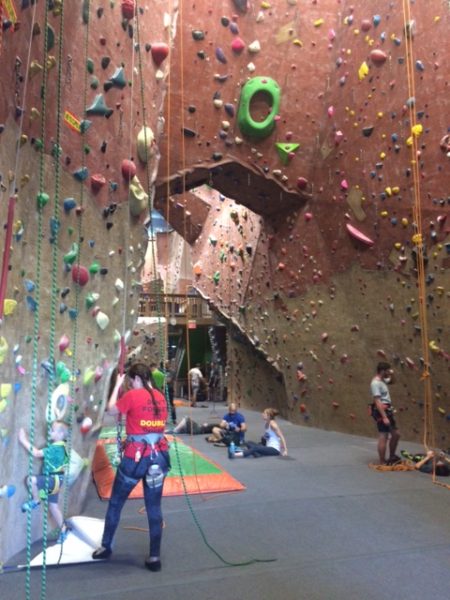 As I mentally prepared to take a rock-climbing lesson today, I figured that it would be a tough workout in which I would overestimate my climbing abilities. After all, I’m the type of guy who watches American Ninja Warrior and thinks I could do just as well as those athletes just because I can do a few pull-ups.

Never did I consider that my greatest weakness when it comes to rock climbing would be that I’m really bad at tying knots.

You read that correctly. The first hour of the lesson I took with a friend at Upper Limits Rock-Climbing Gym was mostly spent typing knots. I was comically terrible at it. The instructor would say something like, “Form a rabbit ear, wrap the free end around your hand, and then thread the needle,” producing a perfect knot. I would agonize over it for a few minutes and ultimately produce an even longer, straighter, unknotted rope than what I started with.

I finally got the hang of it enough to pass orientation, and then the climbing began. It was even more difficult than I thought, mostly because I had a really hard time trusting the rope. You have to trust the rope. Without that trust, I found myself clinging to the wall with every ounces of strength in my fingers and legs. It was a great workout, though!

I also tried a few obstacles I’ve seen on American Ninja Warrior, including hanging from a softball-sized ball with one hand and something akin to a salmon ladder. Here’s the thing: The ANW athletes make you forget how strong gravity is by the way they effortlessly hang 20 feet above the ground. But gravity is powerful! Especially when your entire body weight is suspended from one arm. I didn’t think it would be that different than two arms, but it is.

Overall, it was a humbling, physically satisfying experience. Have you ever been to a rock-climbing gym? What was harder/easier than you expected? Please say knots. 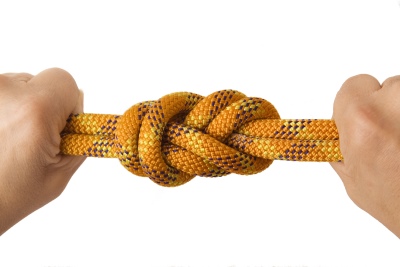 This entry was posted on Wednesday, April 19th, 2017 at 12:48 am and is filed under personal and tagged with personal. You can follow any responses to this entry through the RSS 2.0 feed.

7 Responses to “Have You Ever Been Rock Climbing?”