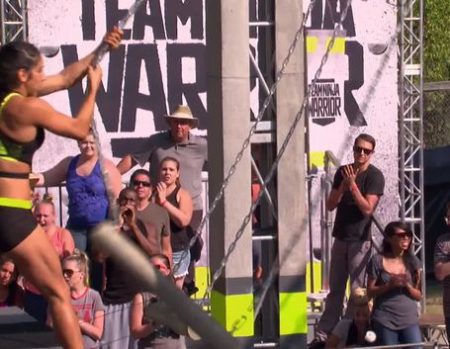 I love American Ninja Warrior and its various spinoffs, but I question the scoring system in Team Ninja Warrior (TNW). I might be missing something, so I’d like to hear your thoughts.

Unlike ANW, TNW is comprised of a series of head-to-head races. Each team has 3 members, and they each take turns racing against members of another team.

There are two other important notes:

Perhaps you can see the oddity of this competition structure. Basically, there’s almost no incentive to win the first race other than getting practice on the course for the knockout stage. The only win you need is at the knockout stage.

In fact, I would wager that it might actually be a better strategy to not compete at all in the first race. Let the other teams exhaust themselves as you save your strength for the knockout stage.

However, I’ve never seen a team do that, probably for contractual reasons (or maybe pride). So as long as someone doesn’t take advantage of the loophole, TNW probably won’t change anything.

What do you think? Is there any reason at all to try during the first race?

This entry was posted on Tuesday, June 6th, 2017 at 9:03 pm and is filed under sports and tagged with sports. You can follow any responses to this entry through the RSS 2.0 feed.

2 Responses to “The Odd Reward System of Team Ninja Warrior”