Do You Help Your Friends Move? 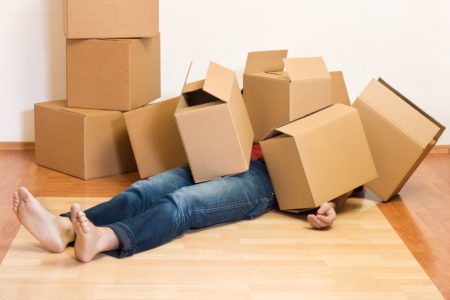 A long time ago in the before times, I wrote a blog entry called 13 Protocols to Follow When You Ask Your Friends to Help You Move. It outlines the types of things a considerate person should do if they’re going to ask friends to help them move instead of hiring movers.

I wrote it because there were too many times when I’ve showed up to help a friend move and nothing was packed, boxes are loosely folded instead of taped, there’s no one else to help, and I’m asked to carry a mattress down 8 flights of stairs while holding a baby in one arm and a priceless painting in the other. It’s the worst.

Unfortunately, 13 is a lot of protocols, and I’ve never known anyone to follow them all. So over the years of helping friends move, it became one of my least favorite things to do. I dislike moving so much that I will probably live in my condo for the rest of my life just so I don’t have to move.

The one good thing is that as I’ve grown older, my friends have either stopped moving or they’ve hired movers. I haven’t been asked to help a friend move in years.

A friend really needed some help moving a bunch of boxes from his basement up to his living room (in preparation for a separate step of transferring the boxes to a shipping container on another day), so I begrudgingly volunteered.

However, I gave him some core guidelines: I would be on time, and so would he. He would have everything packed and properly taped/sealed before I got there. If I finished early, I could leave early–none of this “one more thing” business.

I didn’t send him the 13 protocols, but miraculously, I didn’t need to. Not only was he fully prepared with everything carefully packed in advance, but he also had a clear plan to eliminate all downtime. His only mistake was that some of the boxes were super heavy instead of spreading the weight around, but we teamed up on most of them. There were three of us, and we finished a 2-hour job in 45 minutes.

So I have to admit that as much as I dreaded the move, it wasn’t as bad as I thought. In fact, it was more like a vigorous workout than anything else.

Do you dislike moving as much as I do? Do you have any horror stories about helping friends move? I don’t remember this, but I chuckled when I reread this line from my original post: “I have a friend who, in an effort to avoid the Uhaul, had us carry (a) a bed and (b) a dresser two blocks down the street.” Who does that?!

This entry was posted on Monday, July 31st, 2017 at 10:48 pm and is filed under Uncategorized. You can follow any responses to this entry through the RSS 2.0 feed.

One Response to “Do You Help Your Friends Move?”