Lifestyles of the Rich 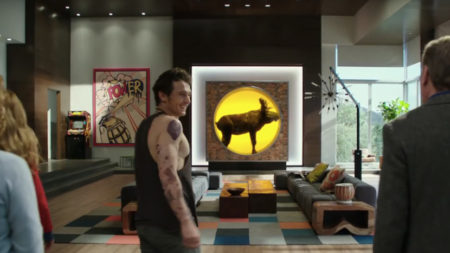 Have you heard of a movie called “Why Him?” The basic premise is a young woman (Zoey Deutch) introduces her parents to her boyfriend (James Franco) for the first time. Franco’s character happens to be ridiculously wealthy–a fair amount of humor in the movie is derived from the types of things he spends money on, including homecooked meals from famous chefs and a moose preserved in its own urine.

I didn’t think much more of it until I was recently introduced to the work of a YouTuber by the name of Casey Neistat. I don’t know the full story behind how he gets access to certain things, but two of his videos caught my eye: The $21,000 First Class Airplane Seat and The $18,000 a Night Hotel Room.

They’re not short videos, but if you have a few minutes, I highly recommend watching them, mostly because I’m curious about what it is that makes these types of videos so fascinating to people like you and me.

My best guess is that it’s a glimpse into a world I didn’t even know existed, which is often interesting. That’s why documentaries work so well. But this is a very specific world, one that is so far out of reach of my budget (or my desires). I mean, would I ever want to take a shower on an airplane in a bathroom the size of my real-life bedroom? Perhaps, if out of sheer curiosity than anything else. Would I want to pay for it? Absolutely not.

I think it may be a morbid fascination related to the opulence of such transient expenses. You’re on an airplane for 10-12 hours…why would anyone spend $21k on that? I understand that $21k is pocket change to a very slim portion of the world’s population…perhaps when you have that much money and you have the choice between coach and a private room on a plane, you go with the room?

Anyway, I’d love to hear your thoughts. Are you fascinated by stuff like this? What is it about human nature that drives this fascination?

This entry was posted on Tuesday, July 4th, 2017 at 11:22 pm and is filed under Uncategorized. You can follow any responses to this entry through the RSS 2.0 feed.