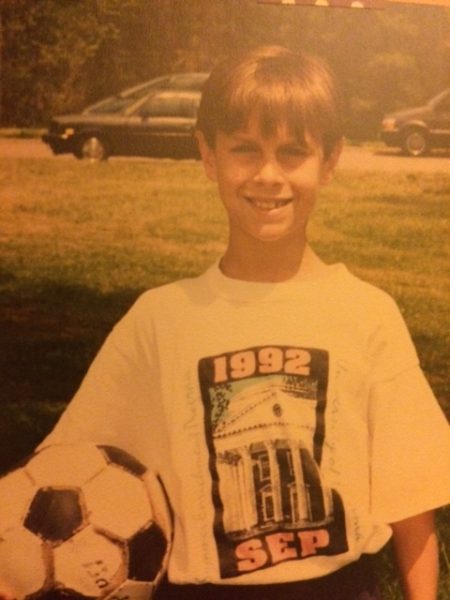 Do you ever have a song or smell trigger a specific memory or time? That happened to me the other day at the Cardinals game when the song “Blister in the Sun” blared over the loudspeakers.

Instantly I was transported back to a summer camp I attended in middle school called the Summer Enrichment Program at the University of Virginia. Looking back, I think it might be construed as “nerd camp,” but nobody told us that.

SEP was a 2-week camp on the UVa campus. We stayed in some old dorm suites (I’m not sure if Tuttle is still standing), attended classes, and played lots of games and social competitions. We were supervised by college students.

I can’t recall a specific memory that I relish more than others, so I thought I’d just share a few snapshots. I’m feeling nostalgic!

Most of all, I remember the feeling of walking around the UVa campus. I’ve been back as an adult, but there’s something truly special about being on a vast, old campus like UVa as a kid. At first every step was a novelty, but that evolved into this sense of satisfaction from knowing little details about the campus, like the numbers painted on the steps or the fastest way across the Lawn.

If you attended summer camp as a kid, what was it like? Do you have a favorite memory?

This entry was posted on Wednesday, July 26th, 2017 at 9:38 pm and is filed under personal and tagged with personal. You can follow any responses to this entry through the RSS 2.0 feed.

5 Responses to “What’s Your Favorite Memory from Summer Camp?”