Do You Watch Veep?

I’ve been on a Veep kick over the last week or so.

If you’re not familiar with Veep, it’s a half-hour HBO comedy staring Julia Louis-Dreyfuss. She plays a character who is kind of similar to her Seinfeld counterpart, except that she curses a lot more and lives near the White House as the vice president of the United States.

I think Veep is the first political show that I’ve ever enjoyed, and it’s a somewhat morbid enjoyment, because everyone treats everyone else terribly. It’s like the opposite of Parks and Rec. The sheer number of insults, cussing, and talking behind peoples’ backs is incredible. I hope our government isn’t actually like that.

Despite that, it manages to be quite funny. Louis-Dreyfuss does a great job, but the supporting staff–particularly Tony Hale (who plays a role similar to his character Buster from Arrested Development)–is quite funny as well. The screenshot I took of him conveys how great his facial expressions are.

I’ve also found that I like the show–and others like it–because amidst all the comedy, there’s always an ongoing plot that makes me eager to watch the next episode. Despite how terrible most of the people are, I care about them, and I want to know what happens to them next.

Have you watched Veep? What do you think? 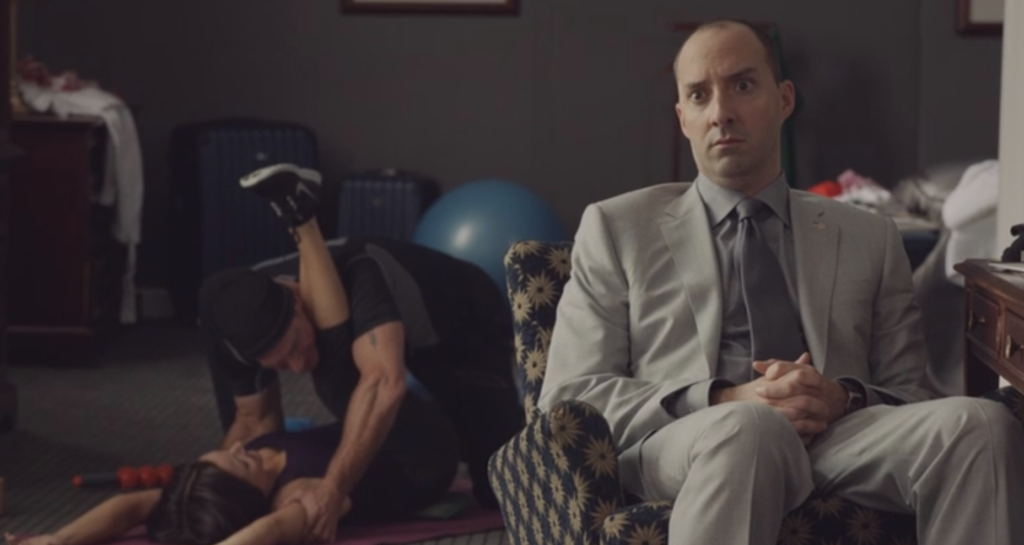 This entry was posted on Tuesday, July 25th, 2017 at 10:55 pm and is filed under television and tagged with television. You can follow any responses to this entry through the RSS 2.0 feed.

9 Responses to “Do You Watch Veep?”