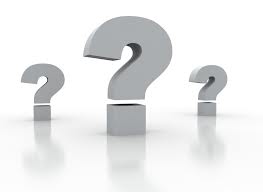 I’ll start with a caveat: I’m probably more sensitive to this pet peeve than the average person. I spend a few hours every day on social media, forums, and e-mail answering questions. I try to reply to every question as quickly as possible.

The vast majority of these questions end with the standard single question mark. Which, let’s be honest, is all you need.

One question mark might even be more than enough. In Japanese, there is no such thing as a question mark. If you end a sentence with a certain letter (ka), the sentence turns into a question. When you’re speaking with someone, you often leave out that character and simply make up for it with your inflection.

Maximum of one question mark, right? So why does anyone ever end a sentence with more than one?

But, like I said, I’m probably more sensitive to this than the average person. What do you think???

This entry was posted on Monday, February 16th, 2015 at 9:56 pm and is filed under pet peeve and tagged with pet peeve. You can follow any responses to this entry through the RSS 2.0 feed.