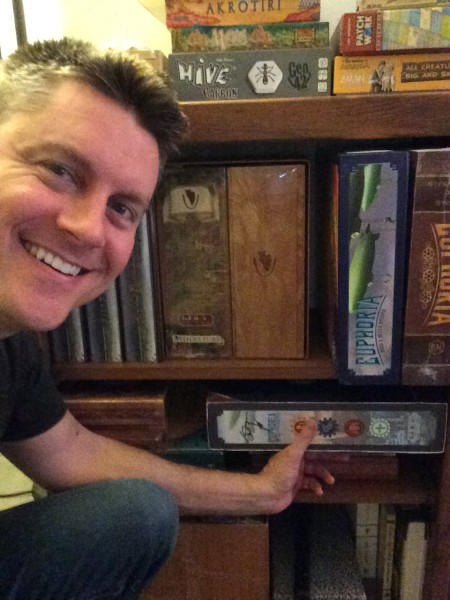 Two years ago on December 16, I took a pretty big risk: I stopped wearing pants to work.

That’s actually code for, “I quit my day job and started running my own company from home,” the idea being that pants were optional.

As it turns out, it was somewhat inaccurate for me to associate a lack of pants with working from home. I wear pants every day, but they’re usually pajama pants. Otherwise my legs get cold. I put real pants on when friends come over.

I actually didn’t mean for this entry to be so much about pants. It’s really more of a retrospective of two years working for myself at home and growing a tiny company into a slightly less tiny multi-million dollar company. I wrote something similar (but shorter) last year.

Here are a few random thoughts about what this has meant for me:

Overall, I’m very fortunate: The risk I made to quit a secure job and focus on Stonemaier Games has paid off, at least in that I’m able to sustain myself make some pretty cool stuff for a lot of people. I also hired our first part-time employee (in Denmark) and wrote a book along the way. I’m very happy, and I think the work I do makes other people happy as well. That seems like a pretty great combination to me.

Oh, I have one question for you: Sometimes I run into people who know about how I quit my day job to work for Stonemaier, but they don’t know anything else, and they ask, “How are things going?” I think many of them just want to know that I’m okay, and I appreciate that. But I don’t know how to answer the question. Usually I just say, “Things are going great!” But is there a better answer? For some reason I feel the need to substantiate that claim, but maybe that’s all people want to hear (unless they ask for more). What do you think?

This entry was posted on Friday, December 18th, 2015 at 1:02 am and is filed under personal and tagged with personal. You can follow any responses to this entry through the RSS 2.0 feed.

8 Responses to “Two Years Without Pants”