What’s Your Pet’s Ancestral Origin? I Just Figured Out Mine 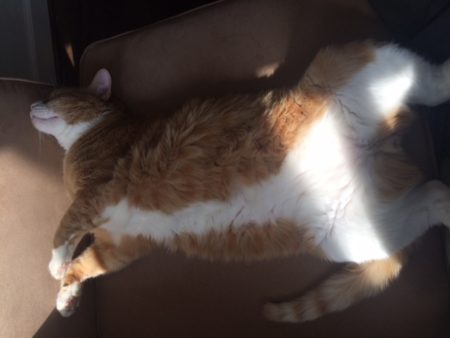 At least, so he appears.

Like all cats, Biddy has his quirks. He hates water, and he doesn’t know what to do with other cats. He’s very playful. He rubs his scent on everything, and if it snows, he wants to walk around in it.

Biddy hardly ever notices what’s happening on the TV or computer screen. I’ve been watching Planet Earth II recently, and whenever a big cat appears on the screen, I glance over at Biddy, curious to see if he cares. He does not.

Rather, he has not, but that changed tonight. Can you guess which cat Biddy watched with rapt attention?

I was watching the Mountains episode, and a female snow leopard–a beautiful, majestic creature–bellowed a mating call. Immediately, Biddy came running into the room, and fortunately I had my phone handy: 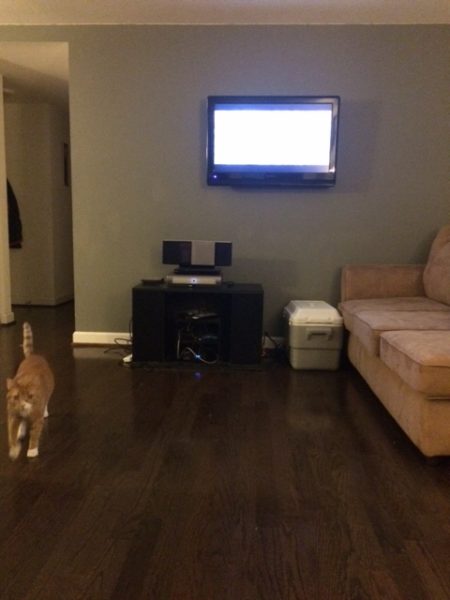 Then he realized where the sound was coming from: 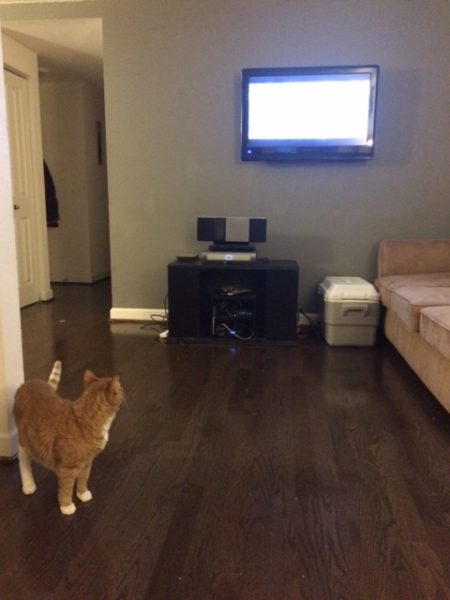 For the rest of the clip, Biddy watched with rapt attention: 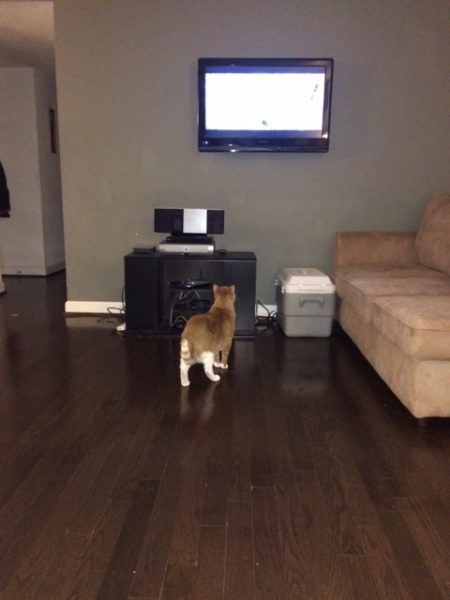 Sure, it’s circumstantial evidence, but I think Biddy’s ancestors might have been snow leopards! Unfortunately I don’t think Biddy will ever get to meet any of his forefathers, as they’re one of the rarest types of cats (and they would probably eat both of us). 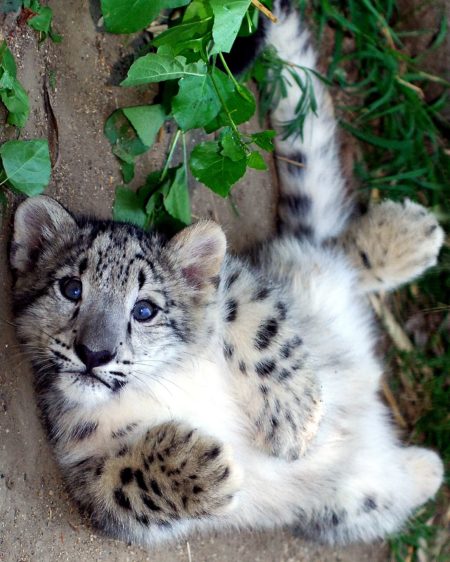 Oh, and what about Walter, you ask? I’m pretty sure Walter’s ancestors were feather pillows and lions. 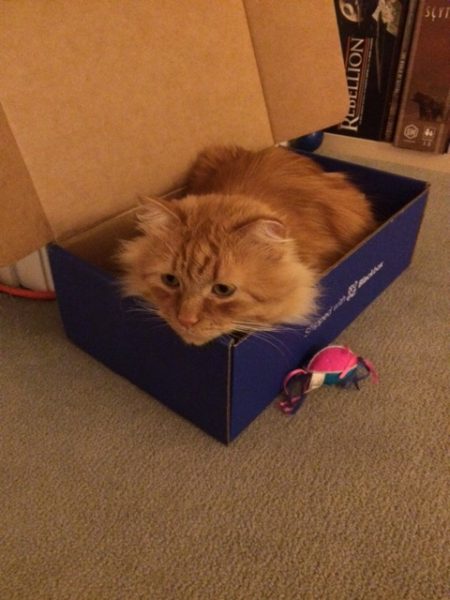 What do you think? Have you figured out your pet’s ancestral origin?

This entry was posted on Tuesday, March 28th, 2017 at 10:42 pm and is filed under kitten. You can follow any responses to this entry through the RSS 2.0 feed.

One Response to “What’s Your Pet’s Ancestral Origin? I Just Figured Out Mine”