My Thoughts on “Baby Driver” 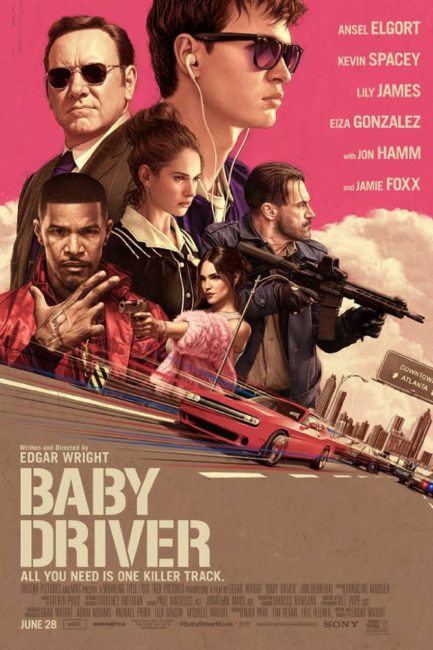 I love that Edgar Wright made “Baby Driver,” the new car chase/heist/musical film that came out this week. It’s one of those movies where you know the director had a clear vision, and he had the drive, talent, and cast to make it happen. I’m fully confident that the result is what Wright wanted it to be.

That is, Wright wanted to put together a killer soundtrack and sync every cinematic beat to every beat of every song. Great idea, great songs, great execution.

However, there’s one big problem for me: There are way too many scenes–especially at the beginning–that do nothing other than show a character listening to a song. These scenes don’t advance the story or reveal information about the characters. We’re literally just watching someone listening to music.

It’s the extreme version of what I discussed in my post about Guardians of the Galaxy 2 (and in the first scene of La La Land). In those movies, I felt like the movie was a vehicle for featuring music instead of the music complementing and enhancing the movie.

I think if those scenes in Baby Driver had come later in the movie, maybe they wouldn’t have had such a drastic impact on my impression of the film. But one is the beginning of the very first scene, and another is the entire second scene. Both are scenes of the main character listening to music. Do people want to watch that?

What’s your favorite Edgar Wright movie? What did you think of Baby Driver?

This entry was posted on Thursday, June 29th, 2017 at 11:05 pm and is filed under movies and tagged with movies. You can follow any responses to this entry through the RSS 2.0 feed.

8 Responses to “My Thoughts on “Baby Driver””