Has Anything Ever Made You Consider Going Vegetarian? 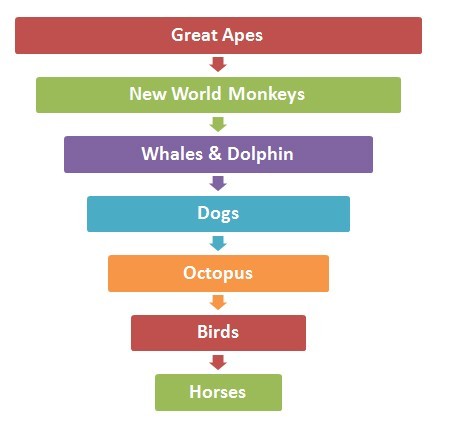 I can count on my hands the number of times I’ve thought about giving up meat.

In fact, since the situation I’ll mention below, I’ve already eaten bacon, octopus, bison, chicken, fish, and steak. I very much like the way meat tastes, and I like the feel of protein surging through my veins.

But here’s what happened: I watched a new movie on Netflix called Okja, and it made me feel bad about eating meat. I’ve been thinking about it ever since (sometimes while actively eating meat).

In the first few minutes of Okja, we (and the members of the press in the movie) are told that a new type of animal has been created, a “super pig.” It’s the future of meat, basically.

This seems like a pretty good idea until 10 minutes into the movie, when we learn that the titular super pig, Okja, is somewhat intelligent and empathetic. It’s both in her actions and in her eyes.

It was really the eyes that got me. My cats have those eyes. Yes, they move frenetically when there’s a laser pointed at the floor, but they also have innate intelligence behind them.

If Okja were real, I would not eat her. She’s too intelligent. I would wager that many carnivores draw the line the same way. We’ll eat a cow, but a dog? No way. We’ll eat tuna but not a dolphin. We’ll eat pigs but not monkeys.

I tried to find a comprehensive list of animal intelligence, and it seems that various studies show different results. The chart here is just one example. This is just the top of the chart, and I’ve eaten from two categories on it in the last few days (octopus and birds [chicken]). Look how close the octopus is to birds! And pigs aren’t on the chart, but I’ve always heard they’re pretty smart.

Sigh…I don’t know where this leaves me. A long time ago I pledged to only buy organic, free-range meat at the grocery store, and I mostly succeed in that. But no matter how the animals are treated, I’m still condoning the killing of intelligent life for my benefit. Is that okay? How do you reconcile this?

This entry was posted on Monday, July 10th, 2017 at 11:24 pm and is filed under personal and tagged with personal. You can follow any responses to this entry through the RSS 2.0 feed.

16 Responses to “Has Anything Ever Made You Consider Going Vegetarian?”