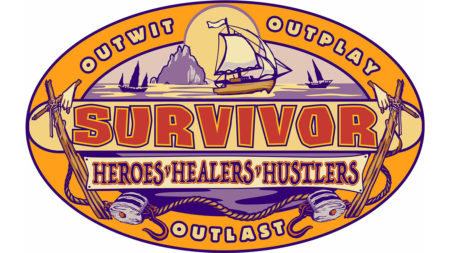 I’m a long-time fan of the TV show Survivor, and yet again I’m impressed and intrigued with how the current season has unfolded. This isn’t the main purpose of this post, but I want to share one interesting thing that’s happened in recent episodes.

I know I’ll never be on Survivor, but I’ve always thought I’d use a specific strategy if I were on the show. On the first day, I’d try to make an alliance with someone who I don’t think I’d get along with. That way it wouldn’t be obvious to our other tribemates that we were in cahoots, and we’d be able to gather information from different alliances throughout our time on the island.

I’ve never seen someone truly infiltrate an alliance on Survivor (at least not that I can remember), but that changed this week. An alliance of 4 people formed, but 1 of them was instructed to continue to vote with a previous alliance. The ploy worked, so after the other alliance was “blindsided,” they continued to trust the person with information and discussions he wouldn’t otherwise have been privy to.

Anyway, I thought that was clever. But the main thing I wanted to mention today is that as I was watching this week’s episode, I thought of an idea for a Survivor-themed game day. I host board game days every few months for friends, and they’re usually not themed–we just get together and play games. But this one would have a twist.

The idea is that I’d put something fun up as a prize (maybe $20 or something small but precious–a kitten?) for the sole survivor. Most of the day would be spent playing games as normal, but at regular intervals, we’d pause to vote someone out of the competition. The vote is superficial–it’s not like the person would be required to leave. They just wouldn’t be in the running for the prize.

In fact, just like on Survivor, the people voted out would be join the “jury”–they would end up voting on the sole survivor once we got down to 2 or 3 people. So they would still be a part of the social game even after getting voted out.

I thought about giving immunity to people when they win a board game, but I think I’d prefer to keep it simple. I think the social dynamics that might result would be interesting enough. Would people plot and scheme? Would they form alliances? What will people do to avoid getting voted out?

What do you think? Would this work? Or would it be the end of all friendships?

This entry was posted on Thursday, November 30th, 2017 at 10:10 pm and is filed under television and tagged with television. You can follow any responses to this entry through the RSS 2.0 feed.