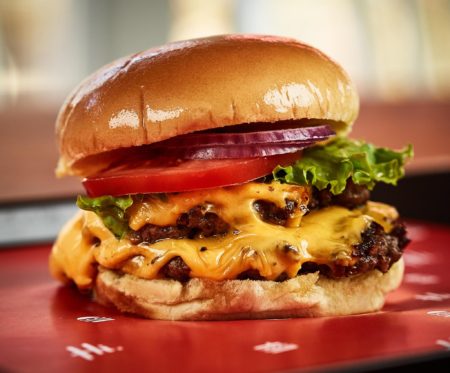 I’ve always disliked it. Even as a kid, on the rare occasion when we went to Burger King, I would get a hamburger when my sister and friends got cheeseburgers. There was just something inherently fake tasting about the cheese that I couldn’t stand, even when I had the unrefined palette of a 6-year-old.

As an adult, I avoid American cheese at all costs, scraping it off of burgers if it ever ends up there. As much as I enjoy seeing the daily specials at Hi Point Drive In, it’s a total turnoff if American cheese is featured.

What baffles me is that American cheese isn’t just something that kids and fast-food restaurants slap on their burgers. It’s somehow also a foodie thing. On a recent episode of Top Chef, an acclaimed chef stuffed her burger with American cheese. She had access to white cheddar, brie, pepperjack…anything she wanted. She chose American cheese.

On top of all this, is this really the cheese that America wants to be named after? Couldn’t we have selected a more refined, delicious, but still down-to-earth cheese?

I know a lot of people out there like American cheese. If you’re one of them, do you also like provel and velveeta, which I would put in the same category? I promise not to judge too much.

This entry was posted on Sunday, January 21st, 2018 at 8:43 pm and is filed under food. You can follow any responses to this entry through the RSS 2.0 feed.