It turned out to be a bit of a unique birthday, because Walter had some blood in his stool, resulting in a last-minute trip to the vet. Walter’s okay, and perhaps Biddy enjoyed the few hours of peace he got while Walter was away. Here’s Walter at the vet: 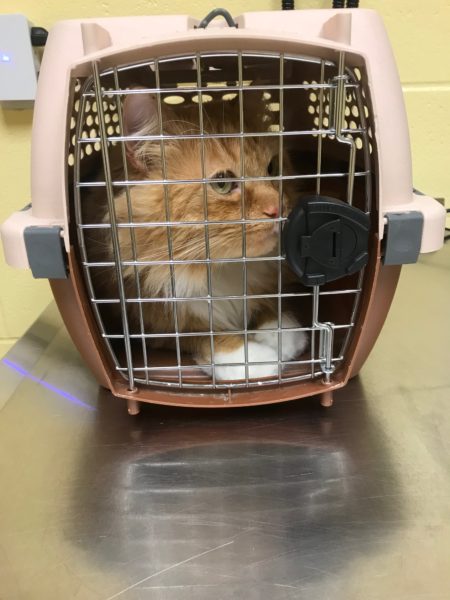 But this was Biddy’s day! Here’s what he was up to on his birthday:

First, I gave him a box. A big, empty box. At first he just sat on one of the pieces of cardboard, but soon… 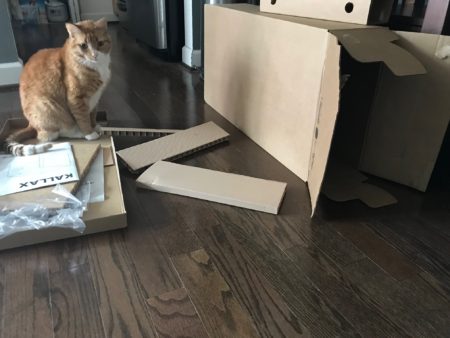 …soon the box was his. 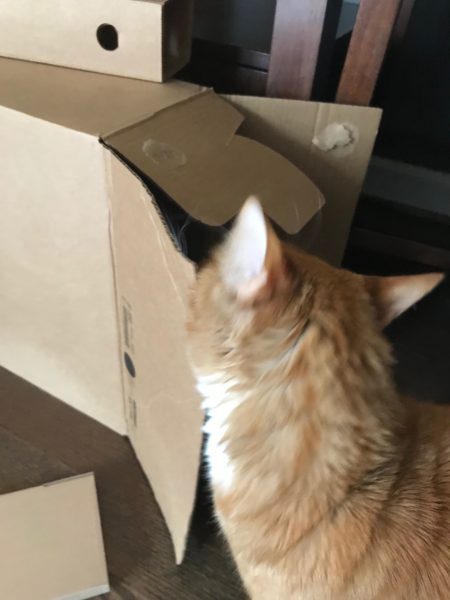 Next I opened up his chest of toys. He has lots of toys strewn about the condo, but every now and then I open up this drawer so he can select any toy he wants. 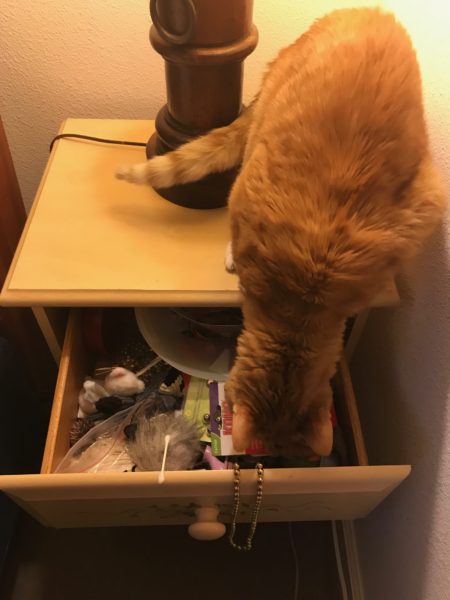 We also had a brief staring contest. I let him win. 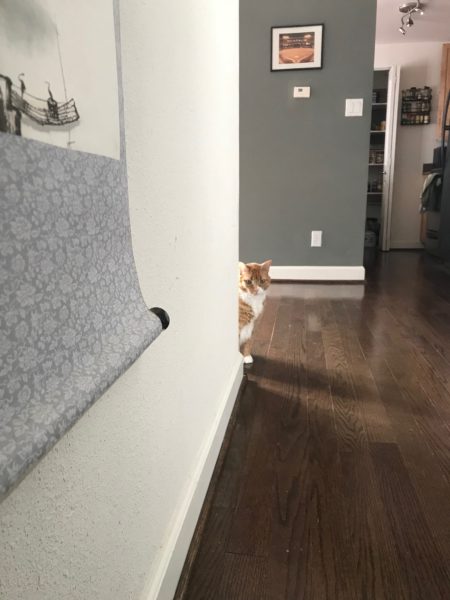 All of these games worked up quite an appetite. Biddy is only allowed to eat wet food, but nothing makes him happier than eating some of Walter’s food, so I gave him 7 seconds inside of the food bag. He was finally able to cross this off his bucket list. 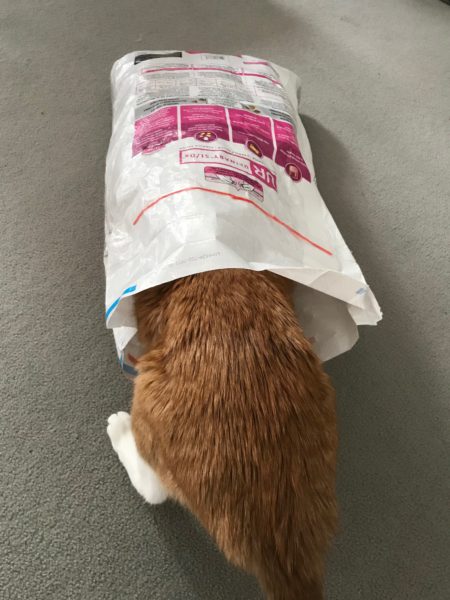 Finally, it was time for some naps in one of his favorite spots–right behind me on my desk chair while I work. 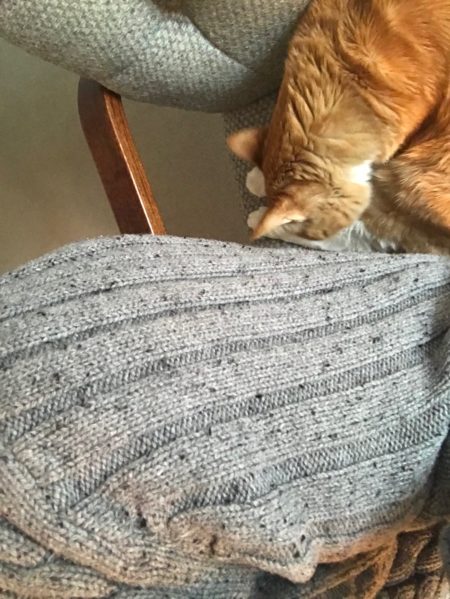 I’m very lucky to have such a clever, playful, communicative, loving cat as Biddy. Happy birthday, my little boy!

This entry was posted on Sunday, February 25th, 2018 at 8:46 pm and is filed under kitten and tagged with cats. You can follow any responses to this entry through the RSS 2.0 feed.