What’s the Best Meal You’ve Eaten at a Restaurant This Year?

On Friday I had one of the best meals I’ve ever eaten in a restaurant.

I was visiting Kansas City with Megan, and a friend invited us to join him and his wife at a place called Corvino. He has a special connection to the restaurant, and I’ve found that some of my most memorable meals have come from those connections, so I was really excited by the prospect.

Corvino is located in an old post office. High ceilings, massive concrete columns, and massive paintings of ravens (“corvino” in another language) surrounded us as we sat on a sleek gray table.

Warning: What you’re about to see will likely make you hungry. It will hopefully also make you want to visit Corvino, which I hope you do.

The entire meal was served as small, shareable plates. Dave ordered for the table, and the owners frequently dropped by with surprise dishes and drinks. 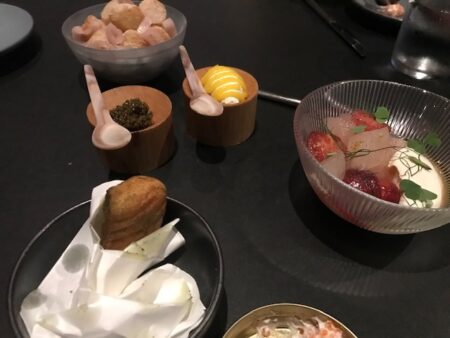 On the bottom left, you can see a savory seaweed donut, which we ate with row (salmon eggs, I think). To the right is a tomato, pear, and cream dish. In the back is a tater tot dish served with caviar and cultured cream. 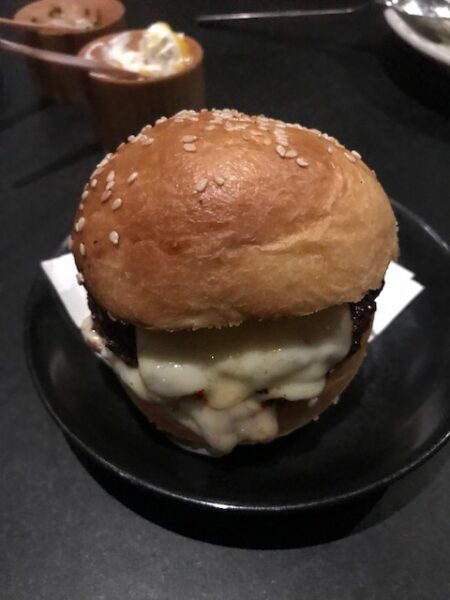 As fancy as Corvino is, they’re known for their burgers. It was an absolutely amazing–I need to try more burgers with muenster cheese. The mushroom burger looked similar, though I forgot to get a photo of it (I was too busy eating my portion). 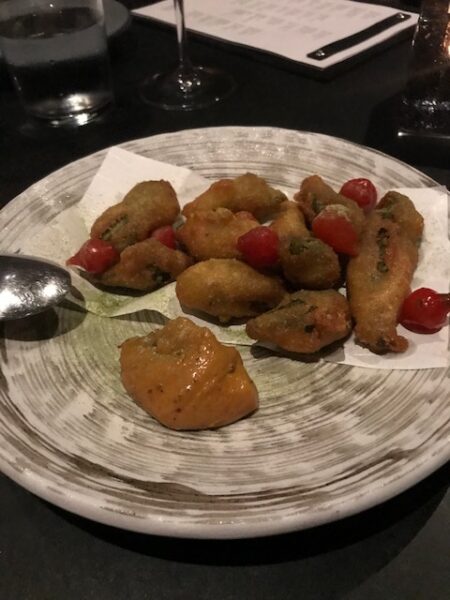 This is fried okra with salsa macha. So good! 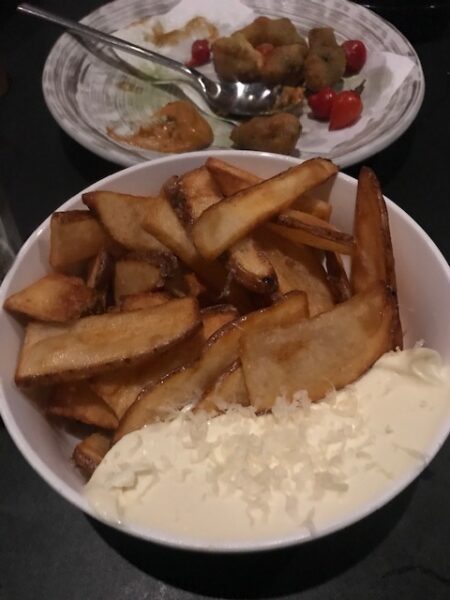 These house fries may not look like much, but they were incredibly delicous. They were somehow both crispy and soft. The aioli was great too. 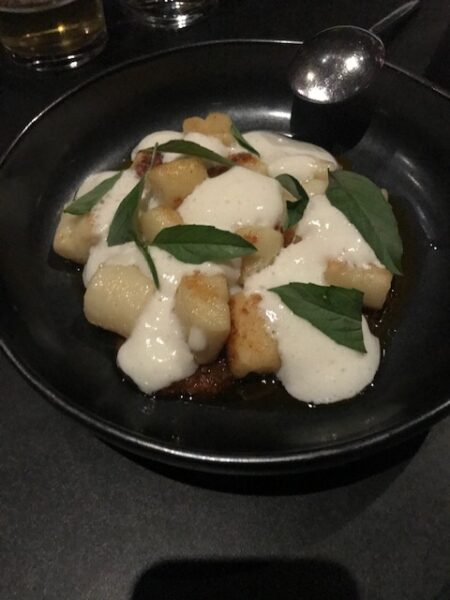 If you can only get one dish at Corvino, I think it has to be the gnocchi bolognese. In addition to being the best gnocchi I’ve ever eaten, the entire dish comes together perfectly. And it’s not a small dish! This could be an entree by itself. 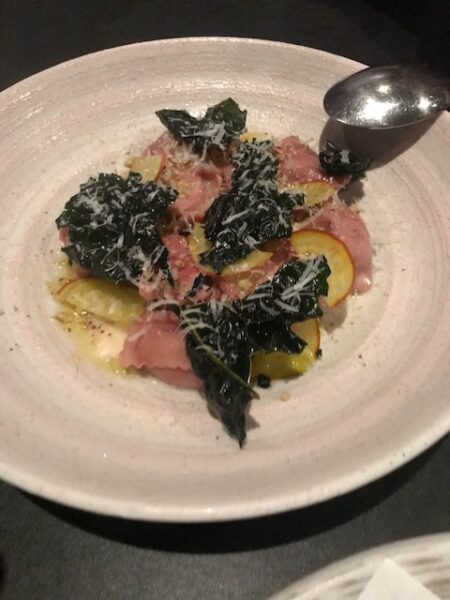 This looks like prosciutto, doesn’t it? But it’s actually beet agnolotti–the beet is mixed into the house-made pasta. The crispy kale was a really nice touch. 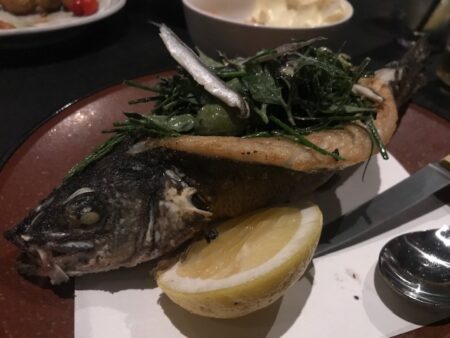 I’ve eaten fish that looked like fish before, but never one that was entirely deboned like this branzino. The real challenge is maintaining eye contact with the fish while you eat it. 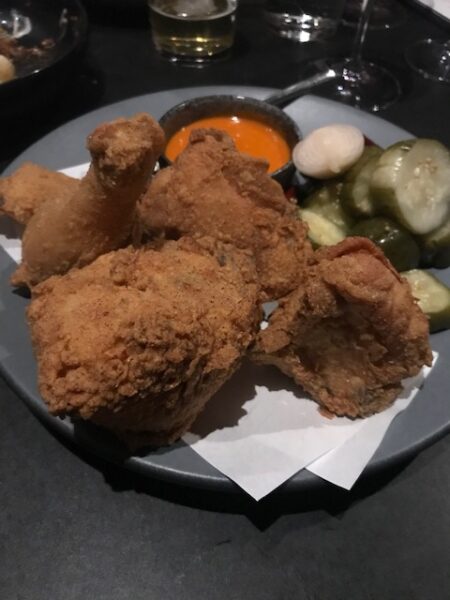 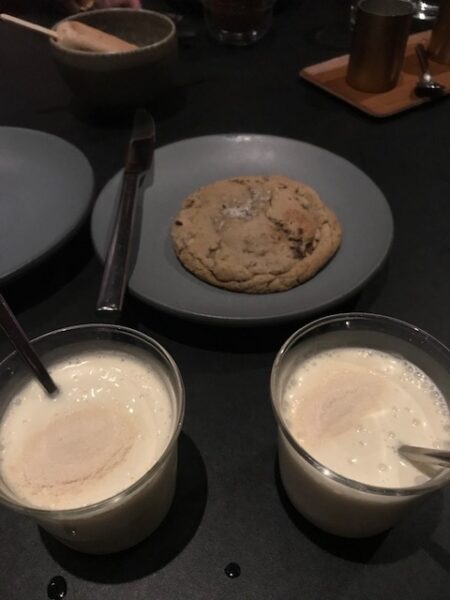 Finally for dessert we had a black rice paleta popsicle and a chocolate chip cookie served with two vanilla malts.

Amazingly, as much as we ate, we weren’t stuffed afterwards. I think it’s because we were sharing the food among 4 people and taking our time with it. Hence why we look so happy at the end of the meal. 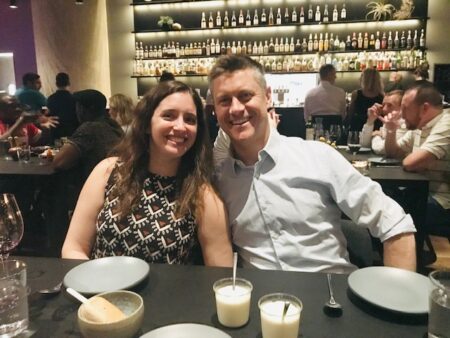 Which of these dishes do you want to try the most? And what’s the best meal you’ve eaten at a restaurant this year?

This entry was posted on Monday, September 9th, 2019 at 9:49 pm and is filed under restaurants and tagged with restaurants. You can follow any responses to this entry through the RSS 2.0 feed.

3 Responses to “What’s the Best Meal You’ve Eaten at a Restaurant This Year?”