Have You Ever Competed for a Lover Like a Bird? 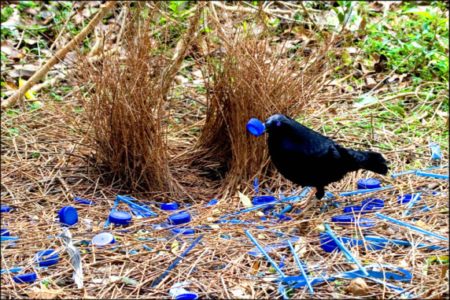 In romantic comedies and sitcoms, one trope I’ve never understood is when two guys compete for the same girl.

Now, I understand what it’s like to pursue the affections of a woman while she’s also being pursued by someone else. We can’t help what we feel.

The part I can’t comprehend is the primal aspect of competition: Actively trying to make yourself look better than someone else or even directly clashing with someone else, as if a lover is a prize to be won.

But then I started watching the BBC series Planet Earth II, and now I get it.

In almost every episode of the series (which is truly cinematic–it’s incredible), there is a story about a male bird actively competing for the affections of a female. Here are two examples:

It’s always the males competing for the female attention, not the other way around.

So maybe that movie/sitcom trope isn’t so far off. In fact, maybe this type of competition happens in real life and I just haven’t noticed it. I have dated a few women whom I know other guys liked, but I wasn’t aggressive about it–if the women had wanted to date the other guys, that would have been fine too.

That said, I’m single! So perhaps I should have been competing all along. If I follow the advice of the birds, the key takeaway for me to find a girlfriend is to have a very tidy condo and to be able to repeatedly jump high in the air. I’ll see how that goes.

This entry was posted on Thursday, March 23rd, 2017 at 9:54 pm and is filed under Uncategorized and tagged with relationships. You can follow any responses to this entry through the RSS 2.0 feed.

9 Responses to “Have You Ever Competed for a Lover Like a Bird?”