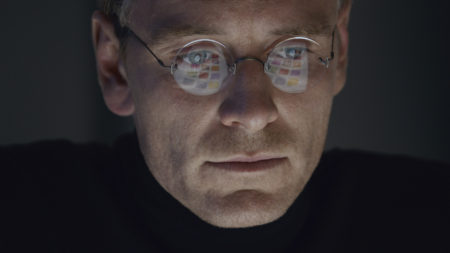 I watched the Steve Jobs movie this past weekend in the hopes of being inspired as a leader. Instead I walked away confused.

In the movie, Jobs describes himself as a conductor. Essentially, he claims to bring out the best in each of his employees, and he keeps everyone working in sync to produce the most harmonious result.

Then the movie gives us an example of Jobs “conducting.” Minutes before a major announcement, an engineer reveals that the computer isn’t doing what it’s supposed to do. Jobs is irate–he insists that the computer must do this thing.

This is where it gets interesting. Jobs says that if the engineer doesn’t fix the computer, he is going to reveal the engineer’s name in front of the entire crowd of tech media. Essentially, he’s going to throw the engineer under the bus in such a way that he’ll be the laughingstock of the tech world.

Under this extreme pressure, the engineer proceeds to find an unorthodox solution: He swaps in a more powerful processor…one that doesn’t even belong in the computer as advertised. The computer works, and Jobs is happy.

Is this good leadership?

On one hand, Jobs’ method worked. He motivated the engineer to find a solution. And we don’t know for sure if he would have followed through on his threat.

On the other, what a terrible way to treat a fellow human being! Does the result outweigh the cost? It seems like a line has to be drawn somewhere–which side of the line does “threatening to ruin a person’s career” fall on?

What do you think? Is this good leadership?

This entry was posted on Monday, July 17th, 2017 at 10:15 pm and is filed under leadership, movies. You can follow any responses to this entry through the RSS 2.0 feed.