Yesterday I wrote about Steve Jobs’ unique and abrasive style of leadership. Today it occurred to me that one of my cats may ascribe to the same methodology.

Around 4:00 am every morning, Biddy decides that he absolutely needs food. The problem is, as smart as he is, Biddy cannot open the fridge where I keep his wet food. He knows, however, that I am able to open the fridge and will do so under certain circumstances, no matter the time.

This is Biddy right now. 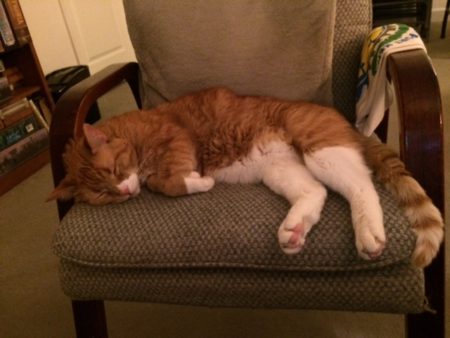 In a few hours I’ll go to bed. Around 4:00 am, Biddy will begin the motivational process to wake me up so I’ll open the fridge and give him food.

Step 1: Try to slam this door shut by pushing it. It’s the door to my office, and this method worked until I started placing a shoe in front of the door. Biddy will inevitably figure out how to push the shoe away, but he isn’t there yet. 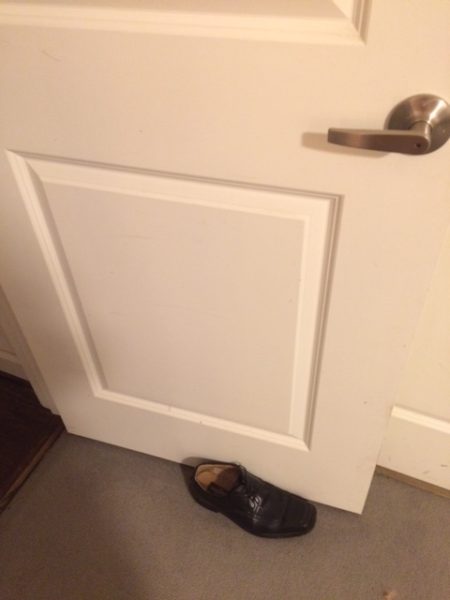 Step 2: Try to pull this door open and then slam it shut. This is the door to my bedroom. For a while it went unnoticed, but after I started blocking the office door with a shoe, Biddy had to find an alternative. I have since placed the other shoe in front of this door. 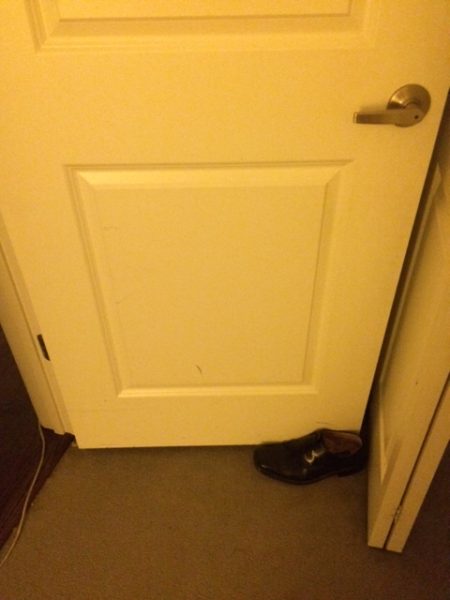 Step 3: Open the closet door, then slam it shut behind him and cry until I wake up. This is an effective but unreliable method. Biddy knows how to open doors, but his little paws don’t have a 100% success rate. Fortunately for him, the door knob makes plenty of noise even if he isn’t able to open the door. 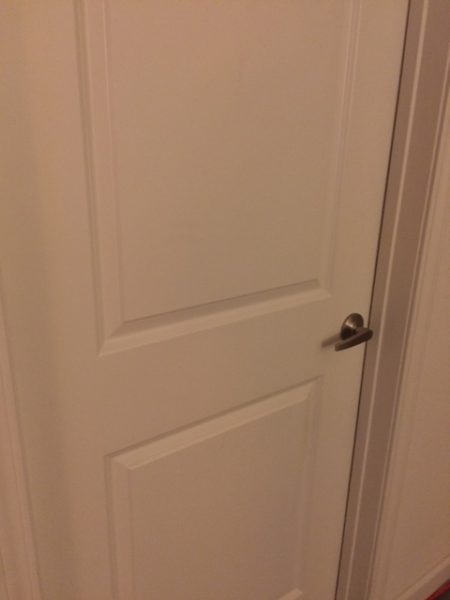 Step 4: If none of the previous steps have worked, Biddy turns to the final door, the bathroom door. This door is actually easier to open that the closet door–I’m honestly not sure why he doesn’t start with this one. He opens this one with ease, slams it shut behind him, and then cries until I let him out. At that point I’m already out of bed and he’s so excited about food that I give him a nibble. 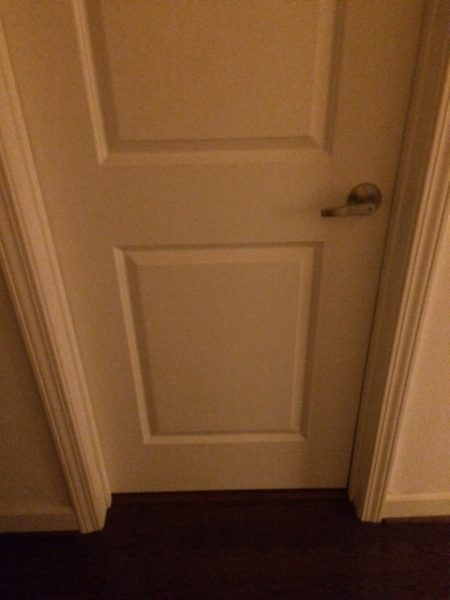 Step 5: If none of the above have worked, Biddy will sit at the foot of the bed and howl or get on the bed and push his paw into my face until I respond.

Biddy is currently seeking tenure at the Harvard School of Business thanks to the extensive papers he’s published about his motivational methods.

This entry was posted on Tuesday, July 18th, 2017 at 10:42 pm and is filed under kitten, leadership and tagged with cats, leadership. You can follow any responses to this entry through the RSS 2.0 feed.

2 Responses to “How Does Your Cat Motivate You?”