Have You Watched “The Leftovers”? 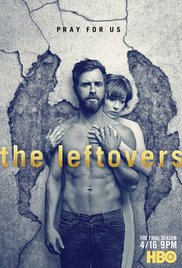 What if, in the blink of an eye, 2% of the world’ population disappeared?

That’s the question posed by The Leftovers, an HBO show that has been my go-to entertainment over the last 2 weeks (it is NOT, as I originally thought, a reality show about leftover food). The Leftovers aired for 3 seasons, completed its story arc, and signed off for good earlier this year.

I’d like to talk about the show a little bit, but some of the things I’ll discuss are thematic spoilers (not plot spoilers). If you’re curious about the show, I’ll say that it’s a very interesting concept to explore. The acting and writing are excellent, and it ends up answering the right questions even though it doesn’t explain a lot of random stuff that happens throughout the 29 episodes. It’s a solid show that is worth your time.

At its heart, I believe that The Leftovers is about what happens when people try to assign meaning to something that has no meaning. This makes sense: If 2% of the world’s population disappeared into thin air tomorrow, people would spend a long, long time trying to figure out what it means.

I think this is both the show’s greatest achievement and its greatest failure. There are a myriad of characters and organizations who assign different reasons–religious and scientific–to the “departure.” It’s fascinating to watch, and ultimately the point is that there is no greater reason or meaning. It just is.

But the problem is that over and over again the show has us spend time with people who are absolutely convinced that they know something everyone else doesn’t know. Because they’re characters in a show, we believe them. We suspect that one or more of them must be right–otherwise, why did the writers of the show share these theories with us?

I guess what I’m saying is that if the point was that some things are random and have no meaning, did the show really need to spend 3 seasons telling us that over and over? Did we really need to have all the completely unexplained mystical stuff? And why did we spend 5 episodes in what amounted to dream sequences? I loathe dream sequences, as they’re overwrought with symbolism and don’t advance the story.

However, I still love the message (along with the characters and willingness to completely change locations each season) that when we assign meaning to meaningless things, we can really end up hurting each other. Nothing exemplifies this better than the goat in the very last episode. At a wedding, people place beads on a goat–a “scapegoat”–to symbolically unburden themselves before shooing the goat out into the night. A harmless little act, right?

Not so much. An hour or so later, a character finds the goat in great distress, as the beads have caught on a fence post. The goat is panicking as it starts to choke.

This…this is the type of symbolism I love. It has a powerful message, it impacts a main character, and it advances the story in real time. It says, “Pay attention to the things you assign greater meaning to, no matter how harmless they may seem, as they might end up hurting people instead of helping.”

If you watch The Leftovers, I’d love to know what you think, even if your interpretation of the show vastly differs from mine. You’re also welcome to share your thoughts on the above even if you haven’t watched the show!

This entry was posted on Monday, August 14th, 2017 at 9:55 pm and is filed under television and tagged with television. You can follow any responses to this entry through the RSS 2.0 feed.

11 Responses to “Have You Watched “The Leftovers”?”