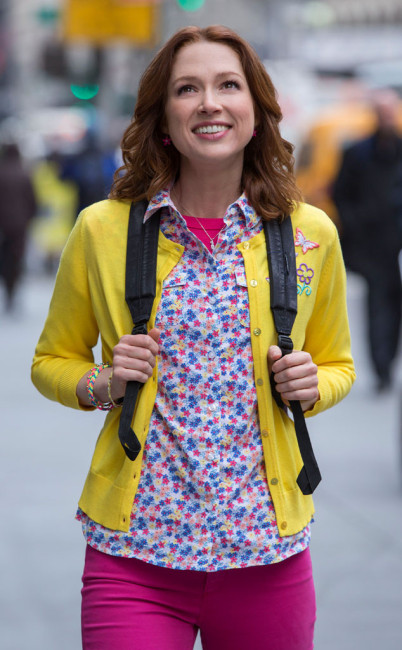 Recently I was lamenting the loss of one of my favorite sitcoms, Parks and Rec, with one of my readers who knows a lot about television. There are still some great sitcoms on TV–I love New Girl, Broad City, Workaholics, and It’s Always Sunny in Philadelphia–and even the new Better Call Saul has some great comedic moments.

But I’m worried that I’m missing out on some other great sitcoms, so I asked the reader if she would make some suggestions. Below are her ideas in guest-post format, followed at the end by my commentary.

Last month, we had to say goodbye to the television hit Parks and Recreation. It was not only extremely hilarious but also starred major heavy hitters like Amy Poehler, Chris Pratt, and Nick Offerman. To put it lightly, NBC’s lineup will never be the same again. Thankfully, you can still watch Parks and Rec episodes on DTV and Netflix. But if rewatching the series makes you sad while you reminisce on good times, there are still plenty of high quality and entertaining sitcoms to lighten your mood.

Unlike most other sitcoms on television today, Brooklyn Nine-Nine uses a single-camera technique. This alone is enough to tune in but the cast is what really makes the show. The Fox action-comedy TV show stars the likes of Andy Samberg, Terry Crews and Melissa Fumero. While no one originally predicted that this series would be a huge hit, it quickly garnered critical success. Brooklyn Nine-Nine won two Golden Globe Awards in 2014. One was for Best Television Series — Musical or Comedy, while the other was in the category of Best Actor — Television Series Musical or Comedy for Samberg. This series, which focuses on a bunch of detectives in the fictional 99th Precinct of the NYPD in Brooklyn, is currently in its second season but has already been renewed for a third one.

The Mindy Project is another Fox series that can’t be missed. It was created by the series’ star, Mindy Kaling, and is currently in its third season. This is a romantic comedy series that airs every Tuesday night. In it, viewers get a glimpse into the life of New York City gynecologist Mindy Lahiri. Each week, she must find a way to balance both her professional and personal life, which often are intertwined with one another. In 2012, The Mindy Project won the Critics’ Choice Television Award for Most Exciting New Series. Since then, the series has won a People Magazine Award, Satellite Award, and Gracie Award.

The Unbreakable Kimmy Schmidt is a brand new comedy series that debuted on March 6, 2015. The sitcom centers on the life of Kimmy, who must now come to terms with her life in New York City after being saved from an Indiana doomsday cult. As with many new shows coming out, this is one that is currently found only on Netflix opposed to any major television station. The sitcom was created by powerhouse Tina Fey, as well as Robert Carlock and stars Ellie Kemper. The Unbreakable Kimmy Schmidt was originally supposed to air 13 episodes on NBC this spring. However, with a change of plans, the show was later sold to Netflix instead and granted a two-season order.

Debuting in 2009, Modern Family is a show that has seen both critical and commercial success. This comedy sitcom is about the lives of Jay Pritchett and his family. From his second wife to his grandkids, they all live in a Los Angeles suburb. Modern Family was first dreamed up by Christopher Lloyd and Steven Levitan while sharing their own personal stories about their “modern families.” Much like Parks and Recreation, this one is filmed in a mockumentary style, where the characters will often talk into the camera. Over the years, the show has won various awards such as the Emmy Award for Outstanding Comedy Series, Outstanding Supporting Actor for Eric Stonestreet and Ty Burrell, and Outstanding Supporting Actress in a Comedy Series for Julie Bowen.

Plain and simple, Jane the Virgin was the breakout comedy series of 2014. This sitcom is actually loosely based on the Venezuelan telenovela known as Juana la Virgen. It features Jane, a young Latina woman who decides to save her virginity until marriage. However, when she gets artificially inseminated by accident during a checkup, this plan goes haywire. Jane the Virgin was nominated in 2015 for Best Television Series — Musical or Comedy at the Golden Globe Awards. While it didn’t win that award, Jane the Virgin‘s star Gina Rodriguez won the 2015 Golden Globe Award for Best Actress — Television Series Musical or Comedy.

Even though many individuals today feel strongly that television isn’t what it once was, it is definitely not true. There are still plenty of television shows to watch that will have you laughing the whole way through. Even with Parks and Recreation’s departure, television is not a lost cause.

This is Jamey again. Thanks for these suggestions! I’m a big fan of Brooklyn Nine-Nine, The Mindy Project, and Modern Family, and I’ve been looking forward to watching Kimmy Schmidt on Netflix (Ellie Kemper is awesome). Jane the Virgin is intriguing, as this is the second time in the last few weeks that someone has recommended it to me. Perhaps I should check it out.

I’m I missing any great sitcoms? What do you recommend?

This entry was posted on Thursday, March 26th, 2015 at 9:50 pm and is filed under television and tagged with television. You can follow any responses to this entry through the RSS 2.0 feed.