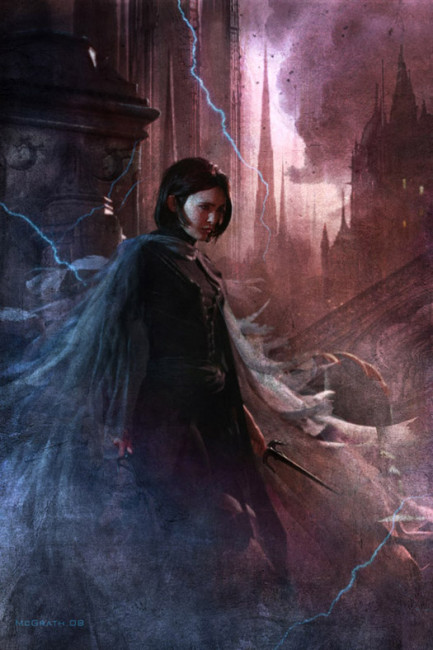 I think I’ve enjoyed the act of reading more in 2015 than any other year. I’ve found that it’s crucially important for me to read fiction every night to help my brain switch from work mode to dream mode, and as I’ve discovered more great books to read, the prospect of climbing into bed to read for the night has helped me stop working (which, as someone who works from home, is a big deal).

This year solidly belongs to author Brandon Sanderson. I’ve devoured his books–from Steelheart to Mistborn to The Way of Kings, I’ve spent entire months of nightly reading on Sanderson. I’m grateful for a lot of authors this year, but if there were a prize, it would have to go to Sanderson.

Here’s the list of books I read for the first time this year. There aren’t quite 10, not for lack of options, but because I only included books I rated 4.5 stars or more. Plus, the final entry encompasses 5 total books within a single series.

9. The Martian by Andy Weir: I actually had a hard time getting into this one, but a friend convinced me to keep reading. That was a good call, because the aspect of the book that made it tough to get into–the scientific precision–is the same aspect that made makes the book work so well. How can you get readers to believe that a lone man can survive on Mars? By getting the science right, that’s how.

8. Every Day by David Levithan (review): This is exactly the type of speculative fiction I love (though I also like more in-depth fantasy and sci-fi): A book grounded in reality with a slight fantastical element to it. In this case, it’s the protagonist’s curse/ability to wake up every day in someone else’s body. The author explores every angle of this concept, and it’s a wonderful read.

7. The Long Walk by Stephen King: The shortest novel I read this year has the word “long” in the title. It’s another speculative book grounded in a world very similar to ours, with the one key difference being an optional annual contest of sorts where young men volunteer to walk with each other as long as possible until they can walk no more, at which point they are killed. The stakes are incredibly high, and every page is filled with tension and interesting characters.

6. The First Fifteen Lives of Harry August by Claire North (review): It seems that the bottom half of the list is all speculative fiction grounded in reality, while the rest of the list is harder-core fantasy and sci-fi. The is the last of the bottom half, but it’s still a wonderful book about a character who, when he dies, wakes up at the original moment of his birth with full recollection of his past life/lives.

5. The Fall of Hyperion by Dan Simmons: This is the second of four books in the Hyperion series, the other three of which I had already read. For some reason I skipped the second book–I couldn’t get into it–but given how much I liked the other books, I gave it another chance…and man, I was missing out! This is simply one of the best sci-fi series of all time. If you read it, read all of them!

4. Golden Son by Pierce Brown: This is the second book in the Red Rising trilogy (the first of which was my top book of 2014). Golden Son was quite different than I thought it would be, but mostly in a good way. The author makes adventurous, unconventional decisions through his characters every step of the way, and I can’t wait for the final book in in the trilogy to be released in February.

3. The Way of Kings by Brandon Sanderson: I spent the last 2 months reading The Way of Kings and the second book in the series, Words of Radiance. They are so, so good. This is high fantasy at its best: Worldbuilding with a reason, fully formed characters, and moments that are etched in my memory as if I were there to experience them in person. Now I just have to wait patiently (not so much) for the third book.

2. The Emperor’s Blades by Brian Staveley (review): As I mentioned in my review, this is, quite simply, one of the best books I’ve ever read. Definitely one of the best fantasy novels. Similar to The Way of Kings, it features great characters grounded in a world with an interesting overarching mystery. I also really enjoyed the second book in the trilogy, and the final book will be released in March.

1. Mistborn by Brandon Sanderson (review): The inclusion of Mistborn on this list doesn’t quite do it justice, because that word encompasses a total of 5 books. I’ve spent so much time this year reading these books and simply being in awe of them. I think many Sanderson fans may put The Way of Kings above Mistborn, and I get that–the epic moments in The Way of Kings are more memorable than most comparable moments in Mistborn. But Mistborn is just so relentlessly entertaining from start to finish, without sacrificing the all-important elements of characters, plot, worldbuilding, etc. I would probably only recommend The Way of Kings to people who love fantasy. I’d recommend Mistborn to anyone.

What were your favorite books in 2015?

This entry was posted on Tuesday, December 22nd, 2015 at 8:03 pm and is filed under books, favorites and tagged with books, favorites. You can follow any responses to this entry through the RSS 2.0 feed.