What Did You Think About Doctor Strange? 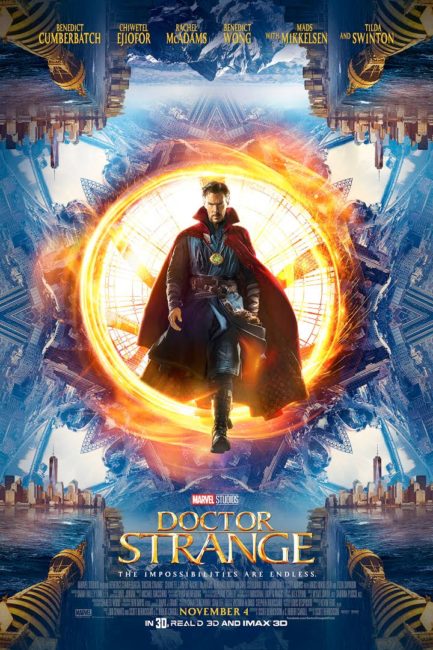 I saw the new Marvel movie, Doctor Strange, this weekend, and I have to say: It’s one of the weirdest Marvel movies yet, but it’s also one of the best.

There’s a mystical, magical, spiritual, and psychadelic vibe to Doctor Strange. When I told some friends I was seeing it, I pitched it as “Inception meets Harry Potter.” That’s pretty close, though there’s also a kung-fu Matrix aspect to it that I really enjoyed.

If you’re curious about Doctor Strange, I would recommend that you stop reading and just go see it. The following are four unique elements of the move that I really enjoyed, and they contain minor spoilers:

Also, as I do these days, I watched the movie trailer after I saw the movie so I wouldn’t spoil anything. Overall, the trailer does a pretty good job at not spoiling much, though it still shows things that happen in the final third of the movie, and it spoils one of the funniest moments.

What did you think about Doctor Strange? If your comment contains any information not shown on the movie poster, please preface it with “spoiler.”

Next up: Arrival (opens this Friday)

This entry was posted on Sunday, November 6th, 2016 at 11:18 pm and is filed under movies and tagged with movies. You can follow any responses to this entry through the RSS 2.0 feed.

5 Responses to “What Did You Think About Doctor Strange?”