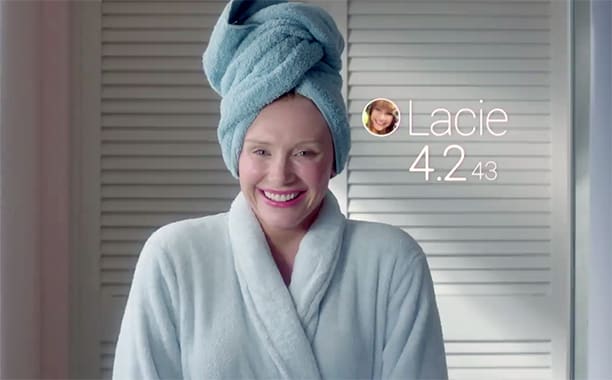 I recently steamrolled through the 6 episodes of the new season of Black Mirror on Netflix. In case you’re not familiar with the show, each episode is its own story in its own alternate universe that is very similar to the real world, except with an interesting/disturbing twist on how people interact with technology.

There are lots of twists and turns throughout each episode that I don’t want to spoil, but there were a few episodes referenced on Saturday Night Live this week.

In parallel to this, the first episode of Black Mirror features a near-future world where a similar rating system is used by everyone all the time. Your rating determines your pay grade, how good of an apartment you can get, and even the level of service and options you get at car rental places. Every interaction you have with someone is a transaction of ratings.

I absolutely love this concept because its one of those things that seems great on the surface. Take Uber, for example, like in the SNL sketch. Of course it seems like a good idea to rate the drivers. It’s real-time data that allows Uber to retain the safest and best drivers. And of course it makes sense for the drivers to rate the passengers–it gives Uber drivers the opportunity to avoid terrible customers.

There are lots of downsides to this system, and I think my favorite is in Black Mirror, where the rating of the person you’re interacting with has a greater impact on your rating. For example, if someone has a 5-star rating, they’ll have more influence over my rating than someone with a 2-star rating. This leads to a disheartening social dynamic.

Interesting things also happen when the ratings you’ve made are public information, especially when your professional life crosses over into your personal life. For example, I rate games that I play on a website called BoardGameGeek. It’s mostly just a way for me to remember what I’ve played and to help me curate top 10 lists. I’m generally positive about the games I rate–I can usually find the fun or the cleverness in any game. But I have had a designer of one of the games I rated merely average reach out to accuse me of artificially lowering their game’s rating. It was surreal.

Have you ever had an odd interaction with rating systems on Uber, BoardGameGeek, Yelp, etc? And if you watch Black Mirror, what was your favorite episode this season?

Bonus points to anyone who can help me remember the name of the episode of Community where they had a rating system like this.

8 Responses to “Black Mirror and SNL”