Have You Ever Attended a Low Country Boil? 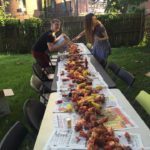 I love how various friends of mine host vastly different annual events. One friend hosts a Memorial Day BBQ every year. Another hosts a grilled-pizza gathering. For me, up until a few years go, I hosted a raucous Festivus party every December. Even though it’s a fairly new tradition, I’ve come to look forward to an […]

Is Generosity an Indicator of Success? 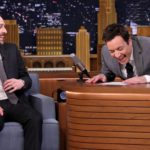 In a recent episode of Comedians in Cars Getting Coffee, Jerry Seinfeld asks Lorne Michaels (7:20), “How did you see in Jimmy Fallon that there was a talk-show host in him?” Michaels replies (I’m paraphrasing here), “He’s truly funny, and he’s incredibly talented, obviously, but he also is generous. I’ve been thinking about that line ever since […]

If You Could Pay to Teleport Home, How Often Would You Do It? 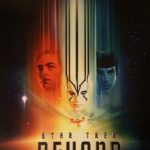 I saw Star Trek Beyond on Friday. One of my favorite aspects of Star Trek is the teleportation technology. It’s similar to one of the core technologies in the Hyperion series of books. As my friends and I waited for the movie to start, I posed a question to them: “If you could teleport home […]

8 years ago, a friend told me that Deadwood was the best television show ever made. At the time, I was hooked on The Wire, and I couldn’t imagine any show being better. Also, the genre of Westerns isn’t something that’s ever excited me in any format (movies, TV, books, games, etc.), so despite my friend’s […]

Which Speeding Signage Scares You the Most? 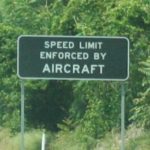 This evening I was driving back from hanging out with a few friends. I was on the highway, and I saw a sign that said, “Work Zone: 50 mph.” I was going 60 at the time, and I slowed down a little bit. It was 10:00 pm at night, and there were no construction crews […]

What Would You Do for Friends and Family If You Won a Windfall? 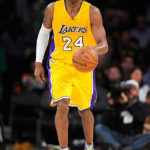 Let’s say that you get a $20 million phone call tomorrow. Maybe you win the lottery or sign a huge contract or sell your company–whatever matches with your life. The point is, you’re getting a huge sum of money. Do you spend any of it on friends and family? If so, how do you spend […]

What Will Make You Stop Watching a Show or Movie? 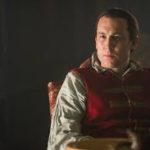 I recently wrote that I was enjoying watching the first season of Outlander on DVD. But a few days ago, something changed, and now I’m done with the show. Minor spoilers below. In the penultimate episode, there is a torture scene that lasts over 20 minutes (there’s a brief reprieve in the middle). I cringed […]

Have You Saved the Environment Today? 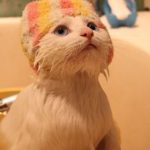 I use canvas bags when I go grocery shopping. I recycle. I turn off the light when I leave the room. But up until recently, I wasn’t doing a great job with water conservation. Sure, I turn off the faucet when I brush my teeth. That’s not enough. Then, exactly one month ago, Stephen Colbert […]

Which Type of Show Are You Most Likely to Binge Watch? 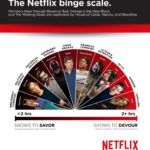 I’ve been fascinated by the idea of “binge watching” for years now. I think it started becoming a thing when entire seasons (and series) of shows became available on DVD, and Netflix has taken it up a notch by releasing entire seasons of new shows all at once. I don’t think I’ve ever technically binge-watched […]

Pet Please #127: Fans Who Gather at Their Home Stadium for Away Games 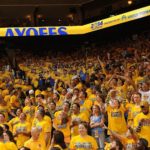 I love super-fans. I love super-fans (of sports teams) particularly because I’m not one of them. Sure, I root for certain teams, but almost nothing they do will ever impact my daily decisions in the slightest. So it’s fascinating for me to observe people who are the exact opposite of me. One of my favorite […] 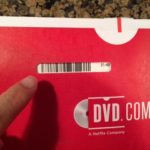 There are lots of little “life hacks” for making your life better. Tips on how to get the last drop of toothpaste out of the tube or how to extend the battery life of your smartphone. Those are great, but I recently stumbled upon a different type of life hack: The kind that makes other […]

If You Could Will It into Existence… 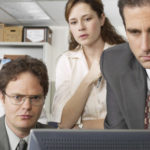 There’s a band I really love called Typhoon. Their last album was released in 2013, and I’ve been hoping for a new album ever since. So far, none has come. It occurred to me recently that I would easily overpay for a new Typhoon album. If money were somehow the difference between me and more […]

Okay, so you may not have a favorite billboard. Until a few weeks ago, neither did I. I was driving from St. Louis to Virginia, and I was going through a patch of West Virginia (apparently all of my travel stories involve West Virginia) where there’s a big cave system. I can’t remember the name […]

Do You Get Hangry? 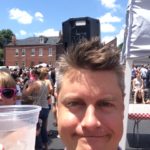 Hangry. Hungry-angry. Getting grumpy or cranky when you haven’t eaten a regular meal. Does this happen to you? Today I went with a group of friends to a fried chicken festival in St. Louis. Fried chicken is one of my all-time favorite foods, and all of the best St. Louis restaurant were to be featured […] 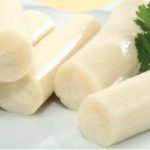 At my family reunion last week, we ate well. Really well. Every meal involved at least 10 dishes cooked by a number of people. I was really impressed by the sheer variety of the food and peoples’ willingness to try new things. That said, we have some picky eaters in the family, and at least […] 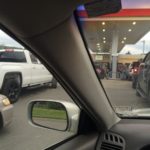 While driving to Virginia 2 weeks ago, I had my first glimpse of what an apocalyptic scenario might feel like. Granted, this is a very first-world scenario, but I could see something like this going downhill really fast. I was driving from St. Louis to Virginia by myself in one day. It’s a 13 hour […]

I have several stories to share from my trip from St. Louis to Virginia, during which I spent most of my time with my extended family at the beach in North Carolina, but I have one quick tale to tell before July 4 is too far away. I went to church with my parents on […]