The “serial” concept I discussed yesterday really intrigues me. It’s been a while since I’ve written fiction, but there’s a short story I wrote and revised a few years ago that I’d like to serialize on this blog. Every Thursday for the next 9 weeks, I’m going to post part of the short story here. Every week will end with a bit of a cliffhanger (some big, some small).

I don’t know if it will work, but let’s give it a shot. I think this story works well for this format. The story includes some adult language and content, but not much.

Part 1 of 9: First and Last Memories

“In 10 minutes a man I’ve never met will walk through that door to give me a message I’ve never seen. You’ll find that same message written in my handwriting 20 years ago on a scrap of paper inside this envelope,” the man said, pushing a yellowed packet across the bar. He tapped on the half-empty bottle of whiskey to his right. “I swear on Jack Daniels that this message—this note I wrote 20 years ago—is worth over $90 billion American dollars and at least two broken hearts.” 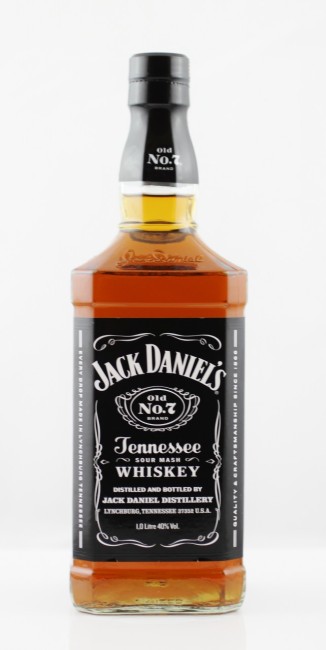 That got the bartender’s attention. Other than “bottle of Jack,” these were the first words said by the man at the bar since he had taken his seat 15 minutes ago. Some men prefer to drink alone in the company of others.

“What’s that, mate?” He’d heard plenty of stories about broken hearts, but never one that involved a sum of money that large.

The man splashed more whiskey in the vicinity of his mouth. He was drunk, drunk for an American, but his condition paled in comparison to Aussie standards.

“I wrote a very specific note to myself 20 years ago and promptly forgot it. On purpose. Sealed it so I wouldn’t look.”

The man had yet to look at the bartender. He was focused on something to his left as if speaking to an off-camera interviewer.

The bartender cleared his throat. “20 years, eh? You planning to open it tonight to see what you wrote?”

“Depends on whether or not you convince me before the bar closes that the world is worth saving.”

Stew Sheridan’s first memory is of the moment before he realized that he was falling, not flying. He had swung higher and higher on the playground swing until it reached its apex. Pumping his legs one last time for good measure, he released from the swing, the momentum propelling him into the sky.

For one joyous moment, permanently etched into his mind, he was flying, rushing toward the clouds, communing with the birds.

A close second memory is of the anger on his mother’s face when he presented his broken arm to her.

Later, after his plummet, Stew sat on the examining table at the doctor’s office, trying not to cry. “Be brave, be brave,” he repeated, soft enough so his mother and the physician couldn’t hear him from the hall. It wasn’t his arm that worried him. It was the shame he felt for angering his mother.

He took a deep breath, and a fleeting moment of calm and clarity, he had an idea. At age 4, Stew Sheridan decided that he wanted to choose his first memory, and it was to be the feeling of flight. He knew he may never fly again, and he certainly didn’t want his first memory to be of his mother yelling at him.

Stew closed his eyes and locked the memory in his mind. In the darkness behind his eyelids he experienced a feeling not meant for a 4-year-old, as if God Himself had sent a feeling down from the heavens and missed the intended recipient.

The feeling that coursed through Stew’s chest was that of the magnitude of time. In choosing his first memory, he knew that much older versions of himself—ages and heights and growth beyond his comprehension—would remember his flight, and in some way they were here with him in the examining room at that moment. It was as if he reached out across space and time to gently brush his fingers across the ridges of his aged brain.

Startled by his mother’s exclamation, Stew became a boy again in a boy’s body and a boy’s tender heart, and he burst into tears.

The pub was busy, but the bartender’s full attention was on the man he presumed to be Stew Sheridan, based on the boyhood story he had just told. He had thick arms that rested like stationary weights on the bar, moving only to direct more whiskey to his lips. A long neck dangled from broad, bony shoulders. He wasn’t overly muscular, but his skin gripped his body like plastic wrap, taut and ready to spring at any moment. He looked like a man who could throw a punch, and dodge out of the way if you decided to return the favor.

A few minutes into his story, a man who appeared as if he had read a manual on How to Go on Vacation in Australia walked into the pub and sat down next to Stew. Khaki shirt tucked into khaki shorts, hiking boots and tall white socks. Smelled like suntan lotion. He ordered a Foster’s and directed his attention to the TV news update about the French nuclear assault on the United States earlier that evening.

Stew clucked his tongue against the roof of his mouth. “I guess we’d better do this, shouldn’t we?”

“Not you, mate. I’m talking to this piece of work over here.” Stew tilted his head toward Mr. Land’s End. He leaned towards the man. “May I suggest you dine at 147 King’s Street?”

The man swiveled on his stool to face Stew. “Wouldn’t miss it for the world.”

Had he blinked, the bartender would have missed the exchange that took place as the man rose to leave. A piece of paper no bigger than a business card passed from the man’s hand to Stew’s and promptly disappeared. With that, the man walked out of the pub.

“Asshole left his tab for me.”

This entry was posted on Wednesday, January 21st, 2015 at 10:52 pm and is filed under writing and tagged with Hindsight. You can follow any responses to this entry through the RSS 2.0 feed.