Part 7 of 9: The Saviors and the Failure

For the next week, Stew tried not to look at any other words. He exercised and studied the correct answer, exercised and studied some more. Even when he was exercising, he reviewed the answer over and over again. He locked it away in more rooms in his mind than he knew he had, emptying all the old rooms of their contents. He repeated the phrase to himself countless times during cooking, cleaning, lifting weights, even sex.

When the week was over, he was exhausted. Theresa spoke to him on the drive home with a buoyancy to her voice that had been absent during the span. “I have something to show you,” she said as they pulled up to the apartment. 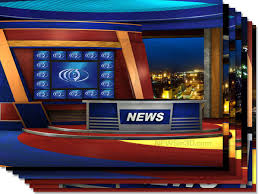 She guided him to the couch and turned on the TV. Flipping through the channels, she eventually stopped on a news station. She massaged his shoulders as the anchor spoke.

“In international news, the U.S. has been commended by nations around the world for their response to Monday’s mudslide in Bangladesh. With increased aid workers and supplies standing by before the disaster, the death toll is significantly lower than what it was in India during a similar event 2 years ago. Analysts anticipate that the move will improve America’s standing in the eyes of the Bangladesh government, possibly resulting in a better response to the president’s desire for Bangladesh to turn over its nuclear arms to the U.N. The response should deflect the controversial move the U.S. took earlier this week in overthrowing….”

Theresa turned off the TV and turned to Stew, kissing him on the forehead. “Babe, you did this. You saved those people.”

She nodded. “Yes. That phrase you’ve been memorizing this past week, the very same one you answered correctly on your test 11 months ago, was a code for the mudslide in Bangladesh. As soon as the news came over the wire on Monday, we marked the answer and gave it to Parker to give to you.”

Theresa frowned. “Well, that’s the bad news. Moreno got it wrong. Obviously we didn’t know at the time when we selected the recruits—for all we knew, you and Tadahito could have been wrong.”

“So what did Moreno’s answer tell the government to do over all these months?”

“Stew, c’mon! Forget about Moreno. You should be more excited! Let’s celebrate!”

“Ha ha, Bangladeshi, yeah. Take a quick power nap and then we’re going out. Dinner’s on me. And then I’m on you when we get home.”

The next few weeks were much more relaxed, the only hiccup being Moreno’s dismissal. Stew wasn’t told in advance; Moreno simply didn’t show up Monday morning, and everyone knew why.

Stew and Theresa left the facility at their leisure, taking long lunches and sometimes not returning for the afternoon. Stew wondered why the CIA was allowing such liberties after keeping them under lock and key for so long. He could only surmise that they acknowledged the burden the previous week had on him and they wanted him relaxed and primed to go for the final test at the end of the month.

Stew woke up on the day of the test to find that Theresa had already left for work. “I’m not supposed to see you today,” the note next to his bedside table read. “But after the test, it’s just you and me, babe.” She had placed a glass of fresh orange juice next to the note.

He went through his morning routine, meditating and doing situps and pullups. He increased his usual dosage of one cup of yogurt to two for the extra brain boost, just like a swimmer shaving before an important meet.

The parking lot was full of cars, but the hallways were empty. Stew wandered around trying to find people, but they were all behind locked doors. So he settled down in the conference room and waited. Tadahito showed up not long after, but as was her way, she had nothing to say.

A few minutes later, Stew felt his phone vibrate. He had a text from Theresa telling him to meet her at “the inlet.” It concluded with a word in all caps:

This entry was posted on Wednesday, March 4th, 2015 at 11:58 pm and is filed under writing and tagged with Hindsight, writing. You can follow any responses to this entry through the RSS 2.0 feed.

One Response to “Hindsight Part 7”