Part 8 of 9: Anything Is Possible

Just like the secluded area they found on Belle Isle so many years before in high school, “the inlet” referred to a spot outside the building that could not be seen by the surveillance cameras. Theresa and Stew used it from time to time for spontaneous rendezvous.

He found Theresa cursing to herself and crying. He drew her into a hug. “Hey, what’s going on? You okay?”

She burrowed her head into his shoulder. “You can’t do this, Stew. You just can’t.”

“What are you talking about?”

“The whole point of this project is to stockpile the resources and prepare better for massive natural disasters. Those answers in the rows and columns that you memorized—those correspond with a multitude of possible events. When we create the matrices, we don’t actually know what’s going to happen. Only you do, and you only know the code. That’s why there are 31 columns and rows in the matrix you’re looking at today. 31 days in a month. 31 different longitudinal and latitudinal coordinates. 31 different types of disasters. And so on. The meanings of those code words are set from the very beginning.”

“Okay, that makes sense. That way they know exactly what’s going to happen in advance, and they can prepare for it.” 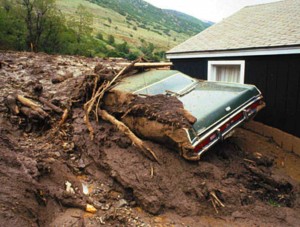 She took a deep breath and wiped her nose. “They assigned codes to a number of possible events, all 100 quadrants on the matrix. You and Tadahito chose the Bangladesh mudslide code. But you know that the U.S. sponsored a coup to overthrow the reigning Saudi regime this week, right? They changed that to one of the codes 10 months ago without me knowing. I just found out this morning.”

She pointed skyward. “The guys upstairs. The guys who approved this initiative.”

“Theresa, all I have to do is go into that room and pick the right answers. It could save thousands of lives. That’s what you said.”

She tugged at his shirt. “I know, I know, but if they’re changing the codes from disaster relief to attacks and insurgencies. Stew, look at me—you could start a war. You could trigger something horrific. It’s not worth the risk. Don’t do this.”

Stew pondered what Theresa was saying. “Aren’t I just helping the government prepare for a possible disaster? If I get the answer wrong, nothing’s going to happen, and they’ll have nothing to respond to.

“Moreno got the answer wrong, and they acted on it anyway.”

“But he was wrong. The government didn’t need to overthrow the Saudi government. They prepared for something unnecessary.”

Theresa shook her head. “It didn’t matter. The CIA took our test scores from all three recruits months ago and starting preparing for the possibilities. They spent millions of dollars in anticipation of the need for a new Saudi government to protect American interests. They didn’t want to see their money go to waste.”

“So if they hadn’t switched the codes, Moreno’s wrong answer would’ve just resulted in better preparedness for a different natural disaster, maybe in a different location or time.”

“Exactly. It gave them an excuse to do something they’ve probably wanted to do for a while anyway.”

Stew smiled. “Babe, it’s me. I scored better than Moreno on that test. I got the answer right. I’m not going to mess this up.”

Theresa pushed away from him. “How can you smile? 45 Saudi Arabian guards were killed on Monday. We forever changed the face of their government. Because of Moreno. Because of me!”

“Theresa, come here. It’s not your fault. You didn’t switch the codes. You gave us the right one. Look,” he said, checking his watch, “I need to get back or they’re going to suspect something. I’ve devoted a year of my life to learning how to do this. It’s second nature to me now.”

She clenched his shirt. “Let Tadahito do it. Stay out of this.”

Stew shook his head. “They’re giving us separate messages. You know that.”

She bowed her head. “This is a disaster.”

Theresa looked up at him. There was a sadness in her eyes. “I love you too.”

Stew made it back to the conference room before Parker did. “Small bladder this morning,” he announced in case anyone was listening. To himself, he repeated, “Be brave, be brave.”

The test was easy. Despite the sheer number of combinations, answers jumped off the screen. He wasn’t allowed to bring any writing utensils into the room, so when he was sure of the final phrase, he said it aloud for those listening to hear.

Parker greeted him as he exited the room, and he excused himself to go to the bathroom. Along the way, he ducked into a secretarial office and asked to borrow a pen, paper, and envelope. “I need to leave a note for Theresa,” he said.

He scurried off the bathroom and slammed the stall door shut. Before he could forget the 31-part phrase that was already slipping from his memory, he scribbled it onto the paper and stuffed it in the envelope, sealing it with his tongue. He shoved it into his pocket and flushed the toilet for good measure.

Security informed him that Theresa had left the premise 20 minutes ago. Stew hailed a shuttle, anxiously pacing back and forth in the parking lot as he waited for it to arrive.

When he arrived at the apartment, he found a note taped to the door. “I’m sorry. I can’t bear this burden with you. Please forgive me. –Theresa.”

He slumped against the door. She was gone. For the first time in his life, he wanted to remember nothing.

That night, alone in the apartment, he drank himself into a stupor. He blacked out at some point and didn’t wake up until noon the next day. Having completely forgotten the phrase he had written in the letter in his back pocket but aware of the contents, he stowed it in his wallet.

This entry was posted on Thursday, March 12th, 2015 at 12:20 am and is filed under writing and tagged with Hindsight, writing. You can follow any responses to this entry through the RSS 2.0 feed.

One Response to “Hindsight: Part 8”