Is a Bigger Staff Better? 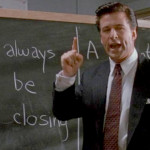 The other day I was watching an online clip of Conan O’Brien involving him talking to various staff members on the show. In one of the conversations, he revealed that the show employs over 180 people. That number surprised me. 180 people working to create 1 hour of content a night? How is that possible? […]

If You Know This Book, You Win

I don’t know why this book popped into my head today, but I haven’t been able to figure it out, and I hope you can help. When I was in fourth grade, I read a book written at the same level of (and in the same style as) books like The Phantom Tollbooth and Roald […]

Pitch Perfect 2: A Movie About A Cappella Without Any Actual A Cappella 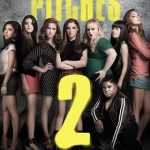 I admit it: I enjoyed the original Pitch Perfect movie. In fact, just for how fun it was, it made my top 10 movie list of 2013. So I was actually pretty excited about the sequel, which opened big a few weekends ago. I had the chance to see it today, and unfortunately, it fell […]

Would You Record Every Second of Your Life? 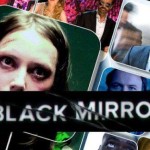 Black Mirror is fantastic. A friend recently turned me on to this short-run BBC drama about some of the dark twists technology can have in our near-future world. There are 6 episodes available on Netflix. The most thought-provoking episode for me is one called “The Entire History of You.” In it, pretty much everyone in the […] 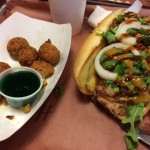 If someone told you that you could eat a sandwich that looked like “a tornado of meat,” are you really going to turn down that opportunity? This is the situation I was presented with at my first visit to Sugarfire Smokehouse in St. Louis last week. The menu is chock full of items I’ve never […]

Last week, CBS and other major networks revealed trailers for their fall television lineups. One of those trailers was so popular (with 10 million views and counting) that it has more views than all of the other trailers from all of the major networks combined: Supergirl. I have to say, I account for several of […]

Akira: Not the Movie 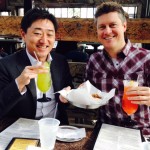 I studied abroad in Japan from 2001-02, and I had the good fortune of becoming friends with several college-age natives of Kyoto. It wasn’t uncommon for me to get a text from them that said nothing more than, “We’re picking you up in 10 minutes,” and we’d zip off to some adventure that I only […]

My Mad Men Conclusion: Jon Hamm Should Be Batman 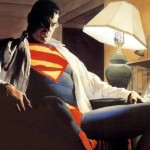 Back in 2010, Warner Brothers was working on casting the new Superman. One of the options they considered was an older version of the titular hero, and Jon Hamm’s name came up a number of times, along with this image: I think this would have been a fascinating casting and story choice for Superman, and […] 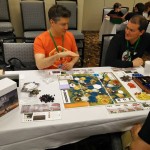 I spent the last four days doing something unique compared to the other 361 days of the year, so I thought I’d talk about it here. A few years ago when I started to get into the board game industry as a publisher and designer, I decided to attend my first convention. I was a […]

The Best Grocery Store Clerk Ever 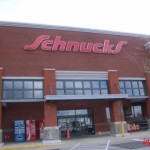 Yesterday I wrote about a fictional (likely not fictional) story about really poor customer service. However, the universe reminded me today about the importance of balancing the bad with the good, as I had a truly wonderful experience at the grocery store. After loading up my cart, I was rolling past the check-out lanes–some open, […]

Louis CK and the Worst Customer Service Ever 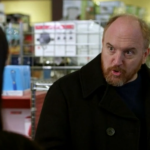 I recently watched an episode of Louis that I can’t stop thinking about. The show is fictional, but I have the feeling it’s grounded in reality. In the opening scene, which you can watch at the bottom of this article, Louis is shopping at a home and garden store. That is, he’s trying to shop there. He’s […]

Pet Please #121: Discovering and Plucking an Unexpectedly Long Hair Growing on a Part of Your Body That Doesn’t Have Long Hair

This is my favorite. I am not a particularly hairy man. I’ll leave it at that–I think it’s best for the both of us that I don’t go into a detailed accounting of where my hair accumulates and where it’s sparse. The point is, every now and then I happen to look at a part […] 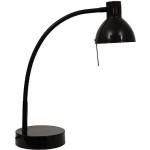 Last night, Saturday Night Live featured a really neat opening monologue in which many of the cast members brought their real-life mothers to the stage and apologize for something silly or annoying they did as a kid. I thought I’d do the same today. I did plenty of boneheaded things growing up, but this was […]

Prove You’re Not a Robot 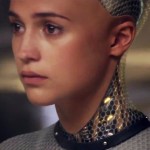 In the last week I’ve seen two 5-star movies about artificial intelligence. Avengers: Age of Ultron and Ex Machina both blew me away with their creativity, ingenuity, and humor. They’re wildly entertaining, and I’d recommend them to anyone. As I walked away from Ex Machina, a question came to mind that I haven’t been able […] 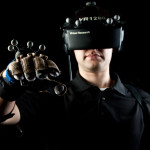 There’s a shortlist of things about the nebulous future I’ve always been excited about: jetpacks flying cars teleportation simple body scans that immediately diagnose all that ails you virtual reality The cool thing about the last item on that list is can do all the other things on the list. You could plug into virtual […]

My First Time in an Airbnb

As I mentioned yesterday, this past weekend in Austin provided a weekend of firsts for me, including my first-ever stay in an Airbnb. For a long time I’ve confused Airbnb with couchsurfing. Couchsurfing is when you crash on someone’s couch or spare bed while they’re still in the house. I assume shenanigans are often involved. […]

My First Time in an Uber

This weekend I did two things for the first time that many hipper people have done a number of times: Uber and AirBnB. Let’s start with Uber today–I’ll talk about AirBnB tomorrow. I was in Austin for a wedding, and a few of the events were pretty far from where I was staying. After one […]