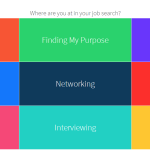 No, this isn’t a how-to post about how to get a job. I’m quite happy with my job, and I’m not really qualified to tell you how to get one for yourself. However, the other day I read about a web app designed to break down the process of getting a job into tiny, manageable, […]

You Must Pay for Your Meal 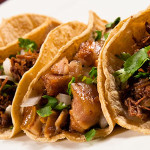 Today I was looking over the lunch menu at a local Mexican restaurant, and I noticed something unusual taped to the front of the menu. It was a piece of paper that said (this isn’t an exact quote): “You MUST pay for your meal.” (It said a few other things, but that’s the key part.) […]

Nothing Is Better Than This Video

I was struggling to think of a blog entry to write tonight, and then this happened: I think my favorite moment is when the dancing baby pats the other baby on the back as if to say, “Come on, you can do this too.” Amazing. 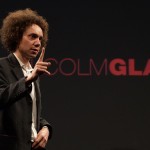 I’ve been asked to participate on a panel about crowdfunding and Kickstarter next Tuesday in front of about 200 people. I’ve been on a few of these panels in the past year, and for each one I’ve tried to work in some new skills that I’ve observed from my favorite speakers (usually TED talks): ask […] 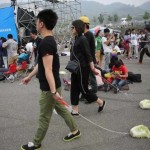 After studying abroad in Japan from 2000-2001, I realized there was a common internet fallacy: Most of the Japanese “trends” we hear about actually aren’t trends, but rather a few people doing something weird or interesting that happens to be caught on camera. The refreshing part of this realization is that there are weird people everywhere. In […]

When Pigs Get Personal 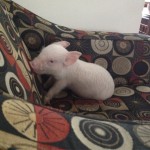 Given that my career is so closely tied to crowdfunding, I back a lot of Kickstarter and Indiegogo campaigns. Sometimes I back for $1 to study them, but usually if I pledge my support to a project, it’s because I want the thing they’re trying to create. Today I made an exception. Every now and […] 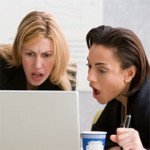 I have a problem and a solution. Have you ever wanted to send someone a message with a friend or colleague’s e-mail address in the body text, and you typed that person’s name into the To or CC section of the e-mail before copying and pasting their contact info into the message? And then you […] 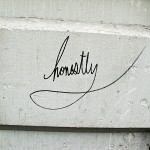 Honestly, I don’t know why any sentence needs to ever begin with the word “honestly.” What function does it serve? Do we really need to assure people that the sentence to come is the truth? This came to mind recently due to a series of commercials on TV and online where the commercial begins with […]

Movie Contrivance #21: Tossing a Cell Phone After Ending a Call 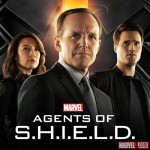 I was watching the season finale of Marvel’s Agents of S.H.I.E.L.D. today (this contrivance applies to movies and TV shows) when I noticed something odd. A character finished a phone call, tossed the phone over his shoulder (you could hear a loud “clank” as it landed, clearly broken)…and then in the next scene he answered […] 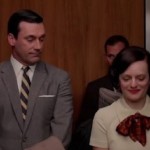 I was talking with a friend and former coworker today about Mad Men (if you’ve seen this week’s episode, you can read the spoiler-filled question at the end of this entry). She noted that each episode of Mad Men always ends with a great song, but wished the song was identified on the screen so […]

How I Met My Mother 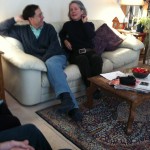 Over the course of my 33 years, I’ve been fortunate to meet and experience new a number of new layers to my mother. Last Christmas, I met my mom as a grandmother. She takes care of my niece, Anna, four days a week, while my sister is at work. As I watched my mother play with Anna, […]

Now THIS Is How You Use Virtual Reality 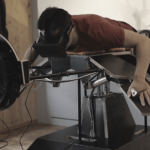 You may have heard of a device called the Oculus Rift. It’s a virtual reality headset (really just a visual reality headset) that can make you feel like you’re really in a video game. I’ve seen some pretty cool uses for it, including a YouTube video where an elderly lady unable to go outside in […] 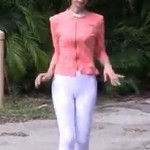 Recently I’ve taken up walking. I’m not going on walks or strolls–no time for that. Rather, when I need to think something through, I walk around my condo, cats at my heels. It helps me think. Then, completely coincidentally, I read this article a few days ago, and I now have actual proof that walking makes me […]

Pet Peeve #57: More Than One Question Mark or Exclamation Point 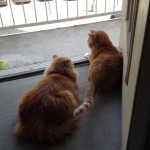 Top 10 Television Shows That Should Be Renamed 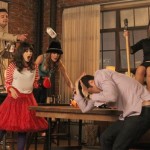 It all started with New Girl. I really enjoy New Girl. Specifically, I enjoy it because the shows writers decided to create fully fleshed characters and story lines for everyone on the show, not just Zooey Deschanel. When they figured that out, the show got really good. But that name…New Girl. Why on earth did […]

May the Fourth Be with You 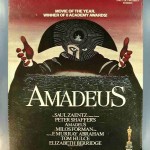 Apparently today was Star Wars Day. Who knew? (Apparently most Star Wars fans except this guy.) So today I’m going to talk about how I discovered Star Wars, and I’m curious to hear your story in the comments too. I was born in 1981, a few years after the original Star Wars movie was released. […]

Pet Please #109: Having Leftovers After Eating at a Restaurant 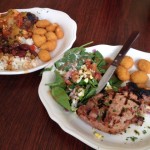 One of my favorite things in the world are leftovers. When I was a kid, I used to eat dinner leftovers for breakfast and lunch. As an adult, when I cook, I love to have leftovers because it means I have homecooked food without having to cook again. Amazing. But we all know the best type of […]